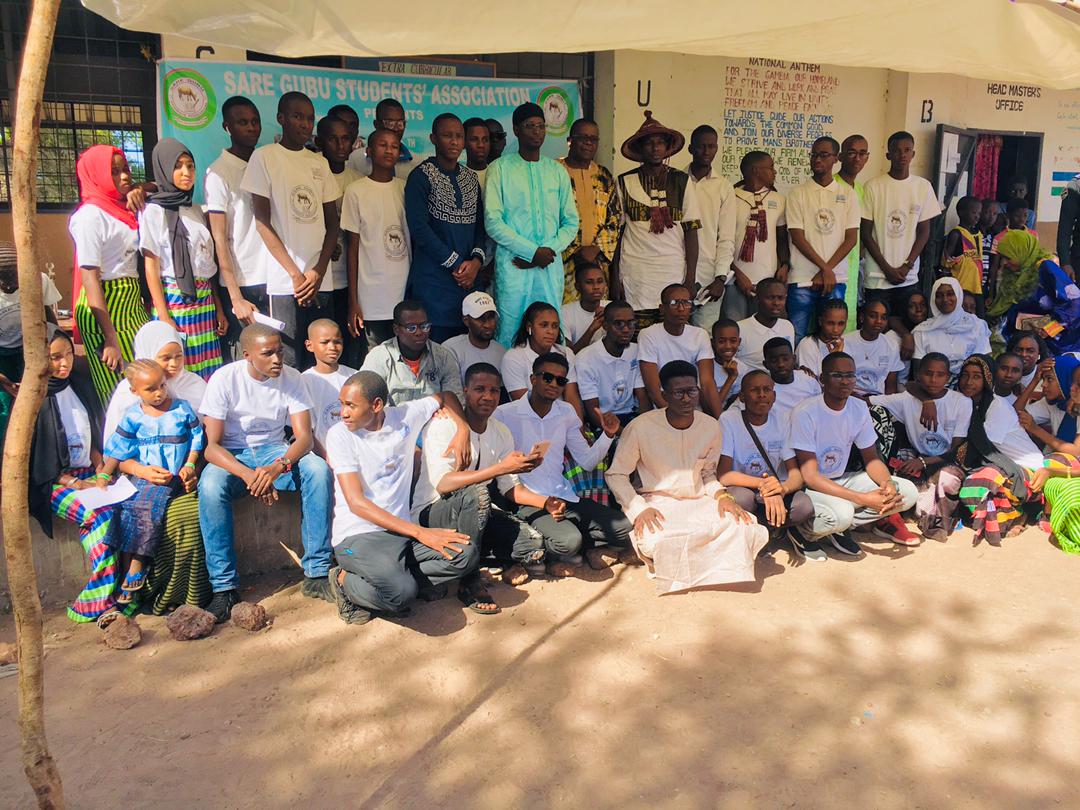 The theme for the event was “Environmental conservation is everybody’s business. Let’s Act.” It was centered on agricultural development, education and entrepreneurship.

The sensitization forum is an annual give back initiative aimed at improving the understanding of residents on the above-mentioned thematic areas to enhance development in the rural settlement.

Mamadou Bah, in his remarks on behalf the village head described the event as significant in improving awareness of people on various key issues. He also thanked participants for their attendance. He also thanked SGSA members for organizing the event.

He recalled that the association in partnership with Sare Gubu Diaspora and Sare Gubu Youth Development Association (SAGYDA) have been supporting the village’s youth in education as well as provided medical services to residents and their neighbors.

He commended residents of Sare Gubu Basiru for supporting the association in the implementation of its projects.

“We cannot do it alone; therefore, getting support from you is essential in helping us in the implementation of our projects,” he said.

Penda Mballow, women representative hailed youth of the village for organizing such an important event.

In his presentation, Basiru L. Bah, a legal personnel sensitized participants on the Forestry Act. He said section 220 of the 1997 Constitution states that every person should protect his or her environment, adding that section 115 of the Forest Act states that anyone who is found wanting of deforestation or bush fires is liable to affine of D6000 or 6 months imprisonment, or both.

He added that anyone who helps a person or persons involve in bush fires or deforestation would be liable to the same punishment.

He advised all to collectively protect the forest cover from bush fires or deforestation. This, he said will help to preserve resources found in the forest which are essential for human.

Professor Sidat Yaffa, Dean of the School of Agriculture and Environmental Science, University of The Gambia (UTG) labeled the annual sensitization as significant, saying there is a need for people to be trained on environmental hygiene in order to minimize environment effects on the populace.

Dr Yaffa noted that the ongoing depletion of the forest has caused severe soil erosion, pollution and other environmental degradation that could cause severe health effects on people.

Therefore, he called on all and sundry to collectively enforce environmental and forest protection laws as well as come with mechanism to preserve the forest.

In his presentation, Musa Baldeh, an educationist said the School Management Committee (SMC), Parent Teacher Association (PTA) and Mothers’ Clubs are instrumental in ensuring children are enroll into school and retained.

However, he called on parents to work with these schools’ structures to make sure their children go to school regularly; adding that parents should frequently engage the SMC and class teachers to know their children’s performance.

Hon. Seedy SK Njie, the Deputy Speaker of the National Assembly commended Sare Gubu Basirou youth for their give back initiative.

Hon. Njie called on Sare Gubu Basirou youth to support their parents, maintain discipline and be peaceful at all time. These, he said would help them to attain the sustainable development goals they are yearning for.