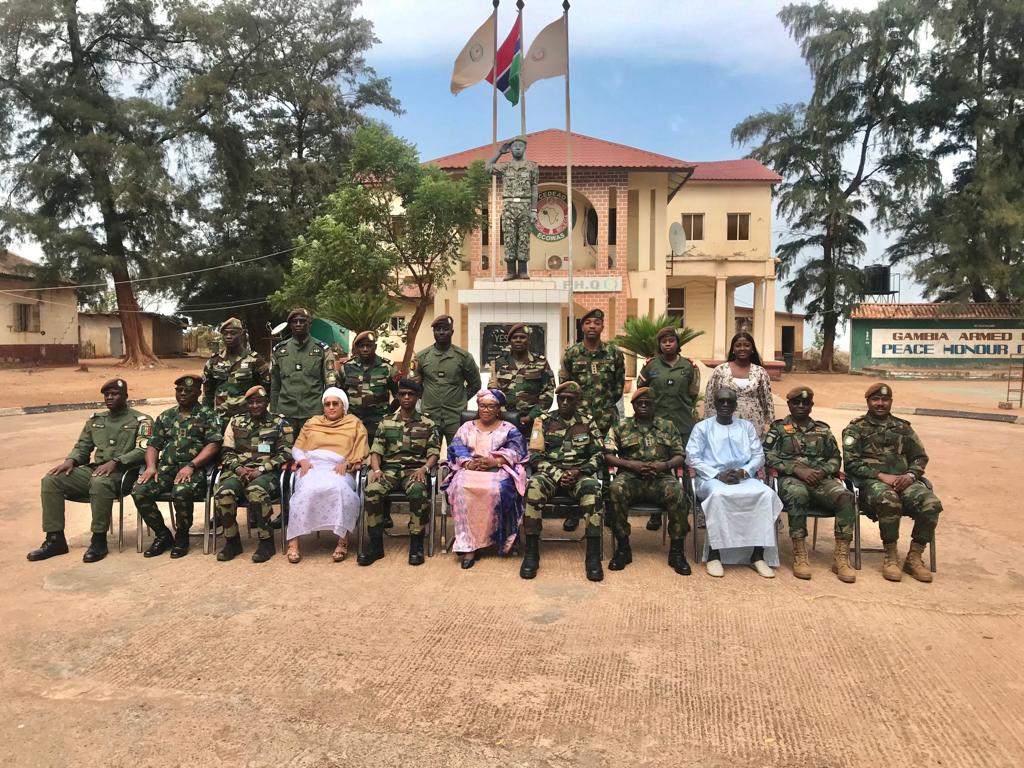 The outgoing Force Commander of the ECOWAS Mission in The Gambia (ECOMIG), Colonel Cheikh Omar Tamba last Friday handed over to the incoming Force Commander, Colonel Ousmane Aly Kane at a ceremony held at the ECOMIG headquarters in Bakau.

Welcoming dignitaries, Col. TA Lamidi, ECOMIG Deputy Force Commander, thanked Colonel Tamba for the warm welcome accorded to him and making sure he understood the dynamics of ECOMIG operations in The Gambia.

“We do not want you to go but it is the nature of our job, we come and go,” he said.

Also speaking, Her Excellency Miatta Lilly French, Resident President of the ECOWAS Commission and Head of Mission in The Gambia, spoke highly of their cordial working relationship with Colonel Tamba and therefore wished him well in his future endeavours.

She reminded that good leadership is not what happened when ‘you are there’ but when you are leaving and after you have left.

“I believe Colonel Tamba has been able to accomplish his task and his men and women will continue to show in them their dedication to the mission.”

She informed the in-coming Force Commander, Col. Kane that their expectations are high as his predecessor has set the bar high.

However, she expressed optimism that Col. Kane would deliver as expected within the dictates of the Mission.

In his farewell remarks, Col. Cheikh Omar Tamba, outgoing Commander, first returned thanks to officials and men under his watch for the unity and support extended to him in ensuring that he fulfilled his mission.

“It’s an honour for me to serve and work with all ECOMIG Forces in the country. I also wish my successor well and I am confident that with his professionalism and commitment, he will live up to expectation.”

Col. Ousmane Aly Kane, the in-coming ECOMIG Force Commander, thanked Col. Tamba for his service, saying he will do his best to live up to the dictates of the mission.

“I look forward to a more fruitful working relationship with all ECOMIG forces in The Gambia,” he added.