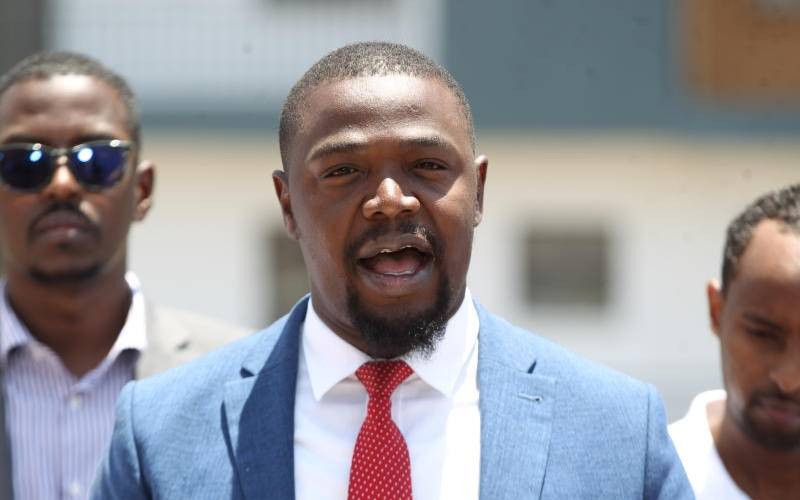 KMPDU Secretary-General Dr Davji Bhimji Atellah during a media briefing on the state of health facilities and workforce in the Country.

The Kenya Medical Practitioners, Pharmacists and Dentists Union (KMPDU) has threatened to go on strike over the government’s alleged failure to fulfil agreements in a Collective Bargaining Agreement (CBA) covering 2017-2021 period.

KMPDU Secretary-General Dr Davji Bhimji Atellah said that the stakeholders involved in the signing of the agreement had failed to implement issues that they had raised.

He said on Saturday that the union will engage all stakeholders for a month to negotiate for a new cycle of the 2021-2025 CBA.

“You can be sure that those engagements include all options available to unions, including an industrial action. Let the country be on notice,” he said.

Basic salary adjustments, creation of call rooms, posting of medical interns, employment of more doctors and provision of working tools are among the unmet grievances highlighted by KMPDU.

“Kenya seems to have assumed a policy of train and dump,” Dr Bhimji said in a press statement dated November 26, 2022.

He further said medical training facilities in Kenya have increased, with nine universities offering medicine courses, yet the number of graduate doctors being absorbed by the government remains low.

According to Bhimji, several doctors that have since retired or resigned, but are yet to be replaced.

Dr Bhimji also called on the national government to increase its budgetary allocation to the Health sector, saying that increased funds would help address many issues that cause disharmony between healthcare workers and counties.

According to the KMPDU Secretary-General, the management and governance structure of the National Hospital Insurance Fund (NHIF) also needs an overhaul.

Bhimji added that KMPDU wants to see stability at the national insurer, saying the NHIF will serve Kenyans better if its stability is guaranteed.

KMPDU said it was concerned by the appointments made by President William Ruto in the Health docket.

They alleged that Susan Nakhumicha, the Health Cabinet Secretary, is not a medic by profession, and that the union had recommended five doctors for Principal Secretary jobs but the president didn’t consider them.