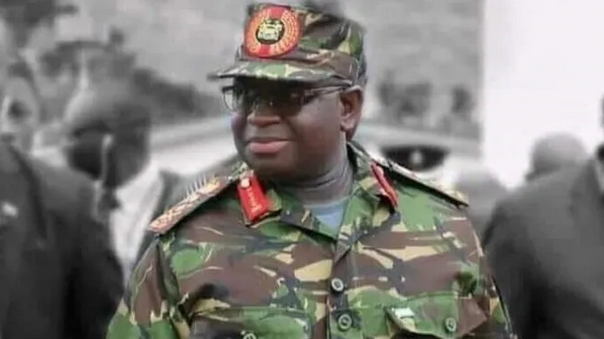 African governments are characterized by inefficiency, corruption, and instability. This, plus colonialism and neo-colonialism, have contributed to placing Africa at the bottom of the world economic order. While this state of affairs is untenable, we see also that Western nations want the status quo to continue, rather than pursuing change for the better, because it serves their interests better when Africa remains stuck in the perpetual mud of misgovernance, chaos, instability and economic and political degradation.

It seems to me that Western nations want an Africa that is perpetually mired in bad governance, corruption, chaos, divisions and socioeconomic and political retardation. If it were not so, they would not have been found subtly supporting, enabling and empowering African dictators and fascist and anti- people African governments.

That Western nations do not really mean good for Africa is seen in the draconian conditionalities of the IMF , the World Bank and other Western lending organizations which conditionalities are often recipes for further economic destruction, civil unrest and instability in African countries.

It is also seen in the unfair , unbalanced and cruel world international trade architecture which ensures that African countries do not derive maximum benefits from their rich mineral and other natural resources. An AFRICA that should March forward and take her rightful place in the international economic order should optimize profits from international trade , but this is not the case.

Western nations pay African countries peanuts for their mineral and natural resources while at the same escalating the costs of importing foreign goods into their countries. When I served as a senior diplomat in the last government of President Ernest Bai KOROMA, it was a very serious problem we struggled with. I was left with the belief that the unbalanced state of international trade was deliberated created and promoted by the West to keep AFRICA perpetually locked in economic strangulation.

Africa is by far richer than Western nations . Africa is so blessed with abundant mineral , natural and human resources that had it not been for our continent, the whole world economy would have been in chaos. Why should African countries be poor with all their abundant minerals and yet Western nations that are least endowed with these resources continue to be filthy rich ?

It is true that African countries themselves share the blame for the desperate material poverty of their continent . Mismanagement of resources, corruption, indolence, gross inefficiency and lack of commitment to national developments by successive African governments have conspired to make Africa the poorest continent in the world.

However, the bigger picture would not have been so dire if Western countries did not also have their hands in the African cookie jar. One would have expected the West to use their more advanced political , economic and technological systems to genuinely help Africa out of the morass. But they don’t Instead of helping Africa, the West connives with corrupt, dictatorial and abusive African governments to make matters even worse.

What is happening in Sierra Leone is a typical case. President Maada Bio has failed the people. The SLPP government has woefully failed in all the governance indicators that matter , including corruption, ruling justly, human rights, inclusive governance, rule of law, accountability and transparency.

The president’s security forces have killed protesting youths in major towns in the country and it committed a horrendous massacre of prisoners and correction officers at the Pademba Road Prisons. Yet, the United States Millennium Challenge Corporation ( MCC ) gave President Bio passes in the indicators above, making a laughable mockery of the professed objectives of the MCC, which include strengthening good governance, economic freedom, investments in people and observation of human rights etc, in the world’s poorest countries.

How can it be said that the MCC mean good for Sierra Leone when they continue giving good grades to President Bio in the very areas where he has failed the nation worse? It could have been excusable where human lives have not been concerned. But if the dead follow up what is happening on this earth, what would the corpses of Evangelist Sampson and all the innocent people this government has killed extrajudicially be feeling to learn that the MCC adjudged that this government is ruling JUSTLY and is going to give them money for it?

What makes the MCC scorecard look more like empowerment of despicably poor governance and dictatorship in Sierra Leone is the stark contradiction between it scores and the 2011 and 2012 U.S State Department Report on Sierra Leone which indicted President Bio’s government for horrific human rights abuses, including unlawful politically – motivated killings of innocent people, serious cases of corruption , unlawful arrests and detention , oppression of opposition supporters and tribalism.

How such a government got an MCC pass in the RULING JUSTLY category beats everybody’s imagination in Sierra Leone. But this is the U.S and Western nations for you. Despite all their posturing and manifestations to the contrary, their African policy is designed to support bad, abusive, corrupt and dictatorial governments in Africa, as long as they do not threaten their vital neo-colonialist interests.

How will President Bio ever know that he is treading the wrong path and needs to change if America, of all countries, keep patting him on the back that he is ruling JUSTLY when he is not? We need the MCC money but should it be at the expense of human lives, human rights, democracy and future peace?

For all intents and purposes, when you look at the deliberate misrepresentation of the real situation on the ground in Sierra Leone by the MCC, which will cause President Bio to wax worse in his abuse of power, human rights violations and uncontrolled corruption, it is safe to say that the MCC is undermining good and just governance, human rights, justice, probity, accountability, peace and stability in Sierra Leone.

Ebola trial vaccines heading to Uganda - WHO
Ugandan Judges only answerable to the law, own conscience- deputy CJ Buteera