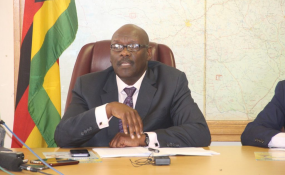 Government has pardoned and permitted thousands of dismissed nurses to resume their duties pending approval of their applications for re-engagement, Minister of Health and Child Care, Dr David Parirenyatwa has said.

Addressing journalists in Harare today, Parirenyatwa said hospitals have resumed normal operations adding that government is utilizing nurses who did not participate in the industrial action and those recently recruited to fill the void left by dismissed nurses.

"The majority of nurses who were dismissed have since re-applied for reengagement and Government has permitted them to resume duty pending final approval from the employer,

"Services in our hospitals have since returned to normal utilizing those nurses who did not participate in the industrial action beefed up by the recruitment of qualified nurses who were not in employment as well as nurses below 70 years who were retired,

"In addition all nurses who were on official leave were recalled to duty," said Parirenyatwa.

He added that government has allocated specific quotas per institution of new nurses to be recruited reiterating that the country has enough qualified personnel to fill up set quotas.

"We have enough trained nurses who are unemployed to fill up these allocated quotas,

"It is regrettable and unfortunate that the nurse fraternity chose to down tools when Government was seriously addressing the issues that nurses and other health profession categories had raised in terms of allowances and relativities," he added.

Parirenyatwa further noted that government is urgently looking into the outstanding cross cutting challenges facing nurses in the country.

Read the original article on 263Chat.