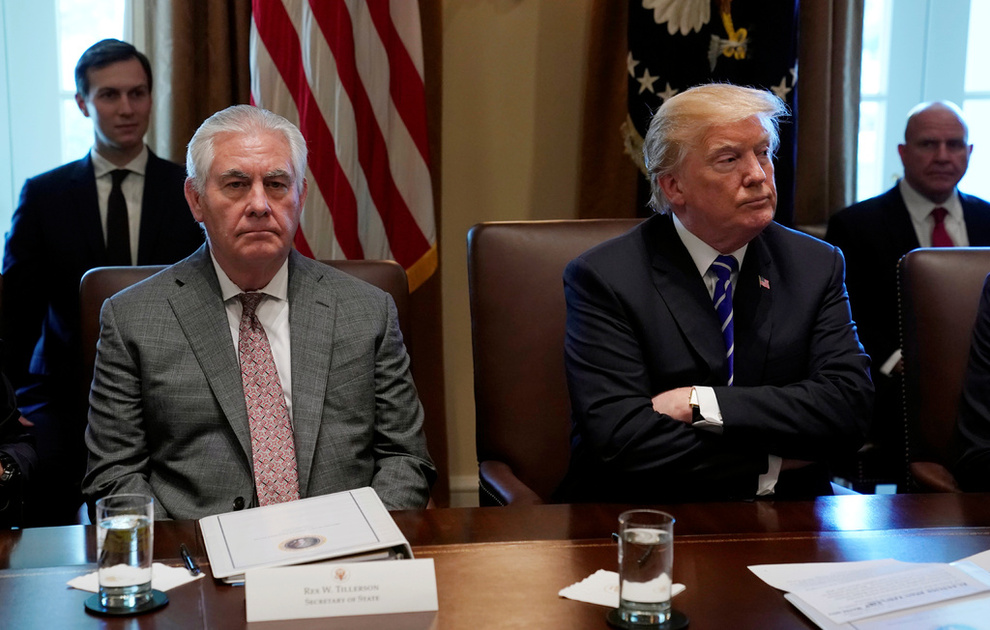 WASHINGTON (Reuters) – The White House has developed a plan to oust Secretary of State Rex Tillerson, who has had an increasingly tense relationship with President Donald Trump, and replace him with CIA director Mike Pompeo within weeks, senior administration officials said on Thursday.

Under the plan, Republican Senator Tom Cotton would be tapped to replace Pompeo at the Central Intelligence Agency, the New York Times reported, citing senior officials.

The Times, the first to report the plan, said it was not immediately clear whether Trump had given final approval to what would be the most significant shakeup in his administration since he took office in January.

Tillerson's departure would end a troubled tenure for the former Exxon Mobil Corp chief executive who has found himself increasingly at odds with Trump over policy challenges such as North Korea and under fire for his planned cuts at the State Department.

Tillerson was reported in October to have privately called Trump a "moron," which the secretary of state sought to dismiss.

That followed a tweet by Trump a few days earlier that Tillerson should not waste his time by seeking diplomatic engagement with North Korea.

John Kelly, the White House chief of staff, developed the transition plan and has discussed it with other officials, the Times reported. Under his plan, the staff reshuffle would happen around the end of the year or shortly afterward.

Tillerson's departure has been widely rumored for months, with attention focused on Nikki Haley, U.S. ambassador to the United Nations, as his likely replacement.

But Pompeo, a former member of Congress, has increasingly moved to the forefront as he has gained Trump's trust on national security matters.

Tillerson, 65, has spent much of his tenure trying to smooth the rough edges of Trump's unilateralist "America First" foreign policy, with limited success. On several occasions, the U.S. president publicly undercut his diplomatic initiatives.

A source familiar with Tillerson’s thinking said Tillerson’s original plan when he took the job as top U.S. diplomat, was to leave in February.

“His plan was to make it a year and then find a reason to leave. Who knows if that still holds?” the source said.