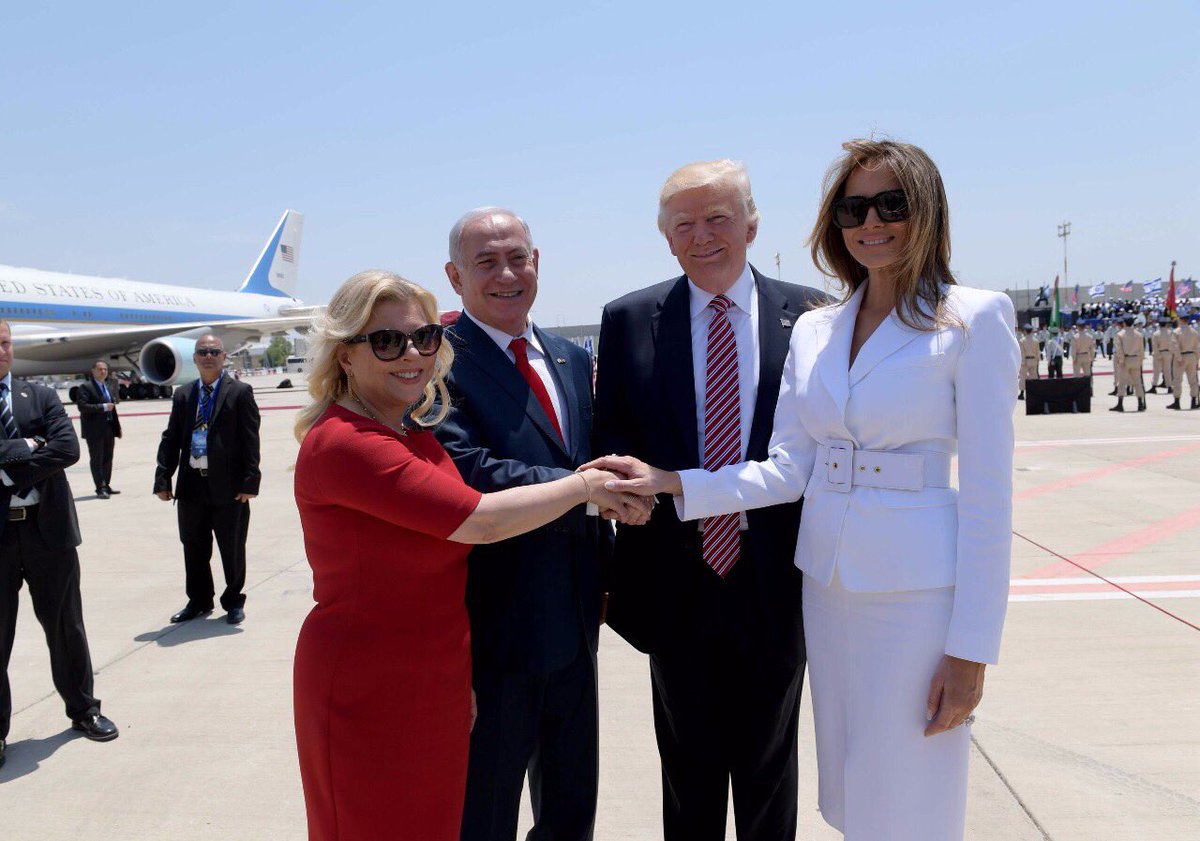 Donald Trump’s first official overseas trip as US president has produced yet another viral moment for the internet to obsess over.

As Trump and his wife, Melania, disembarked from Air Force One at Tel Aviv on Monday to begin their visit to Israel, the first lady appeared to brush away her husband’s attempt to hold her hand. The action, caught in a video clip by Israeli news publisher Haaretz, has been widely shared on social media.

It is not the first time that photographs and video clips of Melania Trump’s reactions to her husband have come under close social media scrutiny. At Trump’s inauguration, a gif of the first lady’s facial expression after he turned towards her went viral.

The image was given added potency when it was reported that her own Twitter account had briefly “liked” a tweet featuring the gif. Melania Trump has remained in New York, rather than moving to live in the White House, adding to internet speculation about the state of their relationship. 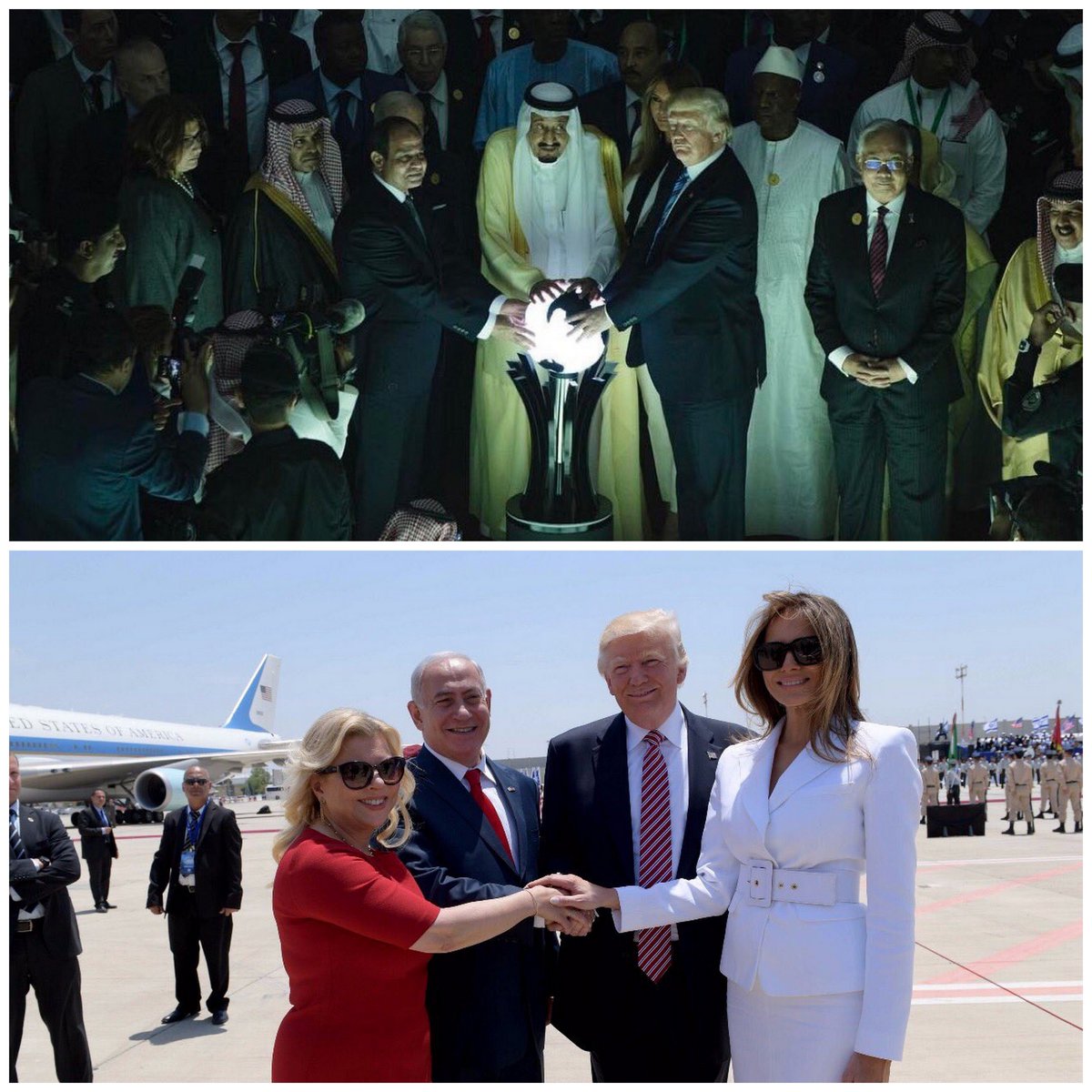 Her body language has on occasion had a positive effect on the president in public, notably when he appeared to need to be nudged by his Slovenian-born wife to remind him to put his hand on his heart during a rendition of the US national anthem.

She definitely had hold of Trump’s hand later after their arrival at Ben Gurion airport on the first ever direct flight from Riyadh to Tel Aviv. In a picture posted on Twitter by the prime minister of Israel, Benjamin Netanyahu, the leaders and their wives appeared at ease together.

The pose echoed a bizarre viral photo that emerged from Trump’s visit to Saudi Arabia, where while opening an anti-extremism centre, the US president, King Salman bin Abdulaziz of Saudi Arabia and President Abdel Fatah al-Sisi of Egypt were photographed touching a glowing orb.

Since he took office, when it comes to hand-holding the US president in public, it appears that the British prime minister, Theresa May, has had the firmest grip. 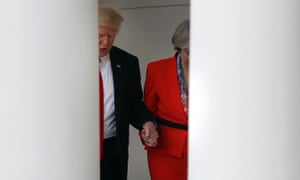 Who is in Trump's entourage?

Trump was joined by his full entourage on his first overseas trip as president. His innermost circle comprises his daughter Ivanka Trump and her husband, Jared Kushner, who is the president's closest foreign policy advisor. Just outside that circle is Hope Hicks, a former spokeswoman who has become a constant presence at Trump's side. Then there are the competing White House barons: chief ideologue Steve Bannon, chief of staff Reince Priebus, and national security adviser HR McMaster. Preibus and Bannon returned to Washington after the tour's first stop, in Saudi Arabia.

Rex Tillerson, the secretary of state – and only cabinet secretary on the tour – and the outgoing acting assistant secretary of state, Stuart Jones, rank next in terms of access and influence. The next ring comprises Gary Cohn, the president's economic advisor; Dina Powell, the deputy national security advisor, who is Egyptian-born and speaks Arabic; Stephen Miller, a nationalist anti-immigration policy advisor; and Sean Spicer, the White House spokesman. Spicer's deputy, Sarah Huckabee Sanders, is also present, as is the spokesman for the national security council, Michael Anton. It is not clear is how many national security council experts have been brought along.