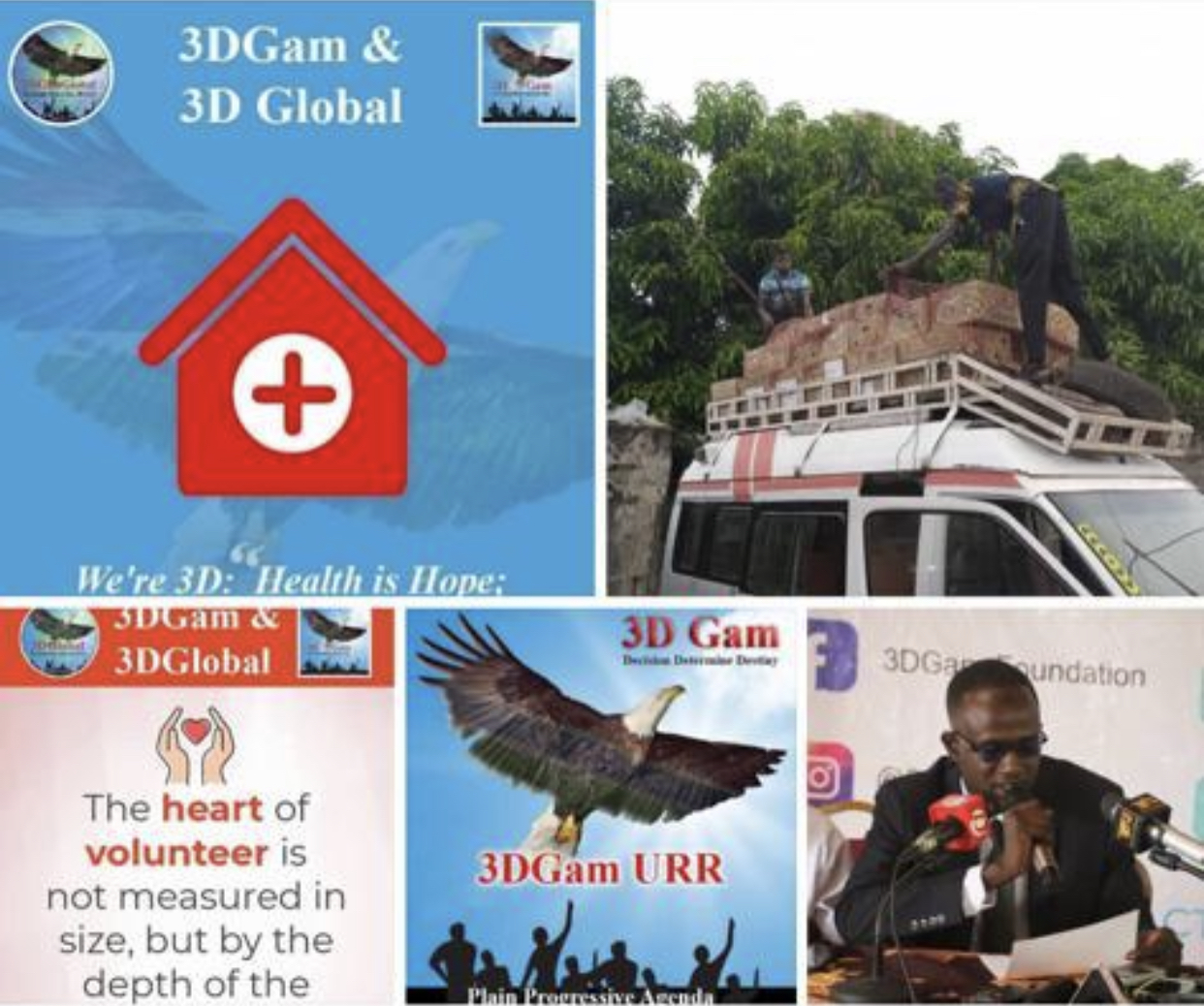 Philanthropy is the action or desire of a person to seek others’ welfare for a good cause, usually by helping them with either money or material need. The best of this might be material as the money can lend itself to other non-intended things.

Philanthropy is seen as a virtue that all humans should possess. It is a private initiative that promotes an equal world of opportunities and love.

This is what 3D embarked on since 2020 with its Hollander philanthropist Maja to every major health centre in the Gambia with just North Bank Region remaining, which would be covered in 2023, God willing.
The latest distribution is headed by 3DGam Homeland General & Deputy Secretary General Comrade Eagle Alsana Bah of 3D and Maja of Holland.

We can’t solve all their health needs but at least they would know some random people turned up there with a couple of boxes who recognise their mundane role in national development! Is utter moral bankruptcy where you could ease the burden of a Brother/Sister but turn a blind eye!
We need to live by what we give! If you combine the challenging values of the Eagle Family (Selflessness, Willingness, Courageousness, Appreciativeness and Integrity), you will certainly get the beaming light of hope for humanity! What are you waiting for? For the next 10 days, take a look/watch at the presentations in the following 9 Major Health Centres and a Health Post in URR and one of the three remaining Major Health Centres in CRR South: