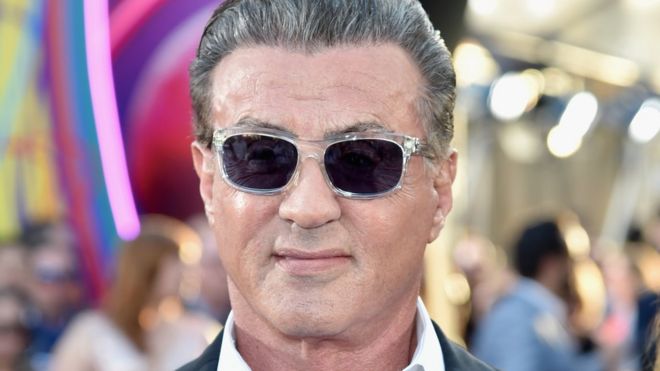 Actor Sylvester Stallone has denied an allegation of rape after police in California opened an investigation.

Santa Monica police said they were examining a complaint of sexual misconduct dating from the 1990s.

The Rocky star said the allegation was "completely fabricated". His lawyer, Martin Singer, said a woman had filed a police report "alleging a rape that occurred 27 years ago".

Stallone, 71, received Oscar nominations for Rocky and Creed and starred in the Rambo film series.

"The [alleged] victim came forward to report the incident in November 2017. The alleged incident occurred in the early 1990s in Santa Monica."

A "thorough investigation" will be made before the case is presented to the district attorney, he said.

Lt Rodriguez told the Reuters news agency the accusation could fall within California's complex statute of limitations for criminal prosecutions of sexual abuse.

Offences must generally be prosecuted within 10 years, Reuters said.

Stallone previously denied a separate allegation that he and a bodyguard sexually assaulted a 16-year-old fan in Las Vegas in the 1980s.

He is among a string of Hollywood figures to be embroiled in the scandal that erupted in the wake of producer Harvey Weinstein being accused of sexual harassment and assault.

The Shakespeare in Love producer has denied all allegations of non-consensual sex.