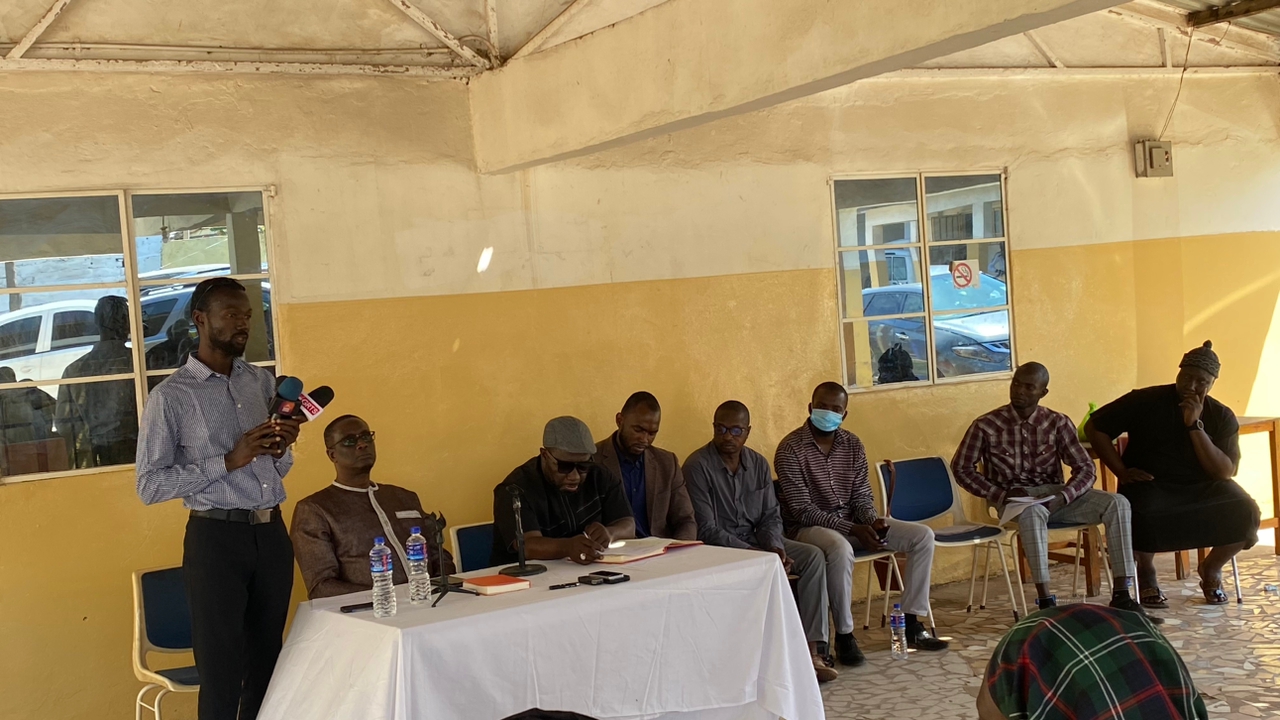 As the Organization of Islamic Cooperation (OIC) secretariat-The Gambia road project progresses, the office of The Gambia-OIC in partnership with the Ministry of Transport, Works and Infrastructure and the Ministry of Lands on Thursday engaged victims of the road construction at New Jeshwang.

The meeting held at New Jeshwang Health Centre aimed at updating affected landlords ahead of the demolition. It also aimed to enable stakeholders to discuss with landlords circumstances surrounding their compensation.

Boto Jarju, Alkalo of New Jeshwang described the dialogue as significant. He said to construct a road there must be destruction of certain structure.

However, he commended the OIC Secretariat and partners for engaging landlords ahead of the demolition.

Hon. Sheriff Sarr, National Assembly Member for New Jeshwang said affected landlords and government both have the same goal which is nation building.

“The construction of the road is all about development and we welcome it,” he said.

The lawmaker urged landlords to raise their concerns towards authorities constructively and assured them that he would engage necessary stakeholders to ensure they are compensated fairly.

Essa Bokarr Sey, deputy CEO for OIC Secretariat- The Gambia said the dialogue was aimed to enable both parties have a mutual understanding with regard to the project.

He said to ensure standard road construction within New Jeshwang some buildings must be demolished but was quick to add that he does not call the demolition a destruction because it is about enhancing infrastructural development in the area.

With regard to compensation, he said OIC Secretariat-The Gambia in partnership with the National Assembly Member for New Jeshwang and other partners will engage the Finance Ministry to make sure victims get their compensation justly.

However, Mr. Sey said, he cannot ascertain the timeframe for the compensation, justifying that there are certain institutions responsible for that.

Pa Amat Manneh, senior engineer at the Ministry of Transport, Works and Infrastructure said “There is a need for the roads to be expanded to ensure all the necessary facilities are incorporated in the road.”

The Gambia’s urban area has been knocked by severe traffic congestion over the past years affecting the transportation of goods and service as well delay in social works.

Kebba Trawally, road project manager for NRA said due to the nature of New Jeshwang, the road would be concreted, adding that it will have streetlights, gutter system, foot path, among other road facilities.

Kawsu Ceesay, Lands and Valuation Officer at the Ministry of Lands He said: “Infrastructural development cannot be gained without the necessary land acquisition.”

However, in response, Mr Ceesay said the Land Office has done the needed assessment and recommended to government to compensate all landlords depending on the magnitude of the demolition.