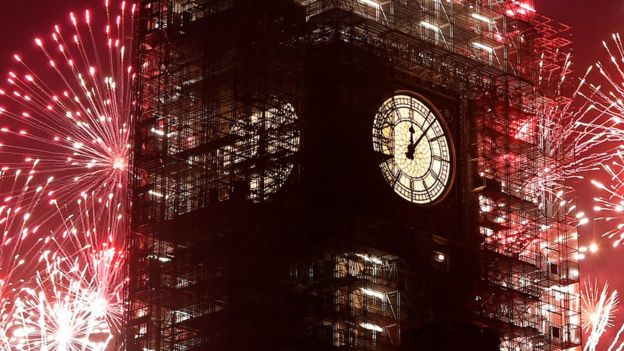 Tens of thousands of people descended on Edinburgh, despite earlier concerns that Storm Dylan might threaten events.

Rag'n'Bone Man headlined Concert in the Gardens, while The Human League were among the acts that took to the street party stages.

A soundscaped fireworks display over the castle entertained revellers for the first nine minutes of 2018.

In central London, the soundtrack to the midnight show was dominated by female artists, including Aretha Franklin, Ariana Grande and Florence Welch, to mark the centenary of women getting the vote.

Mayor of London Sadiq Khan tweeted that in London "we celebrate our diversity and strive for equality".

Fewer Met Police officers were deployed during the celebrations, despite four terror attacks in the city in the past year.

Security at the event appeared tight, with armed police on patrol and security barriers erected. 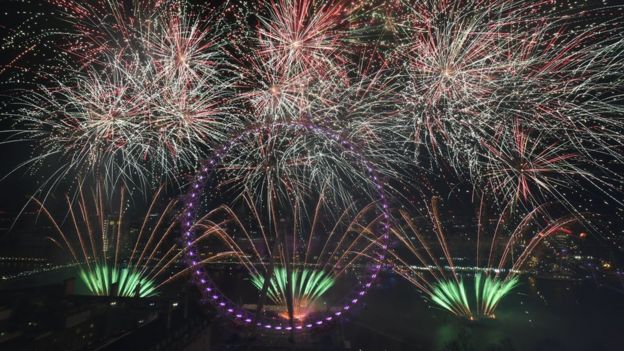 Superintendent Nick Aldworth said "a mix of overt and covert officers" were on the streets, and CCTV and dogs were in use. 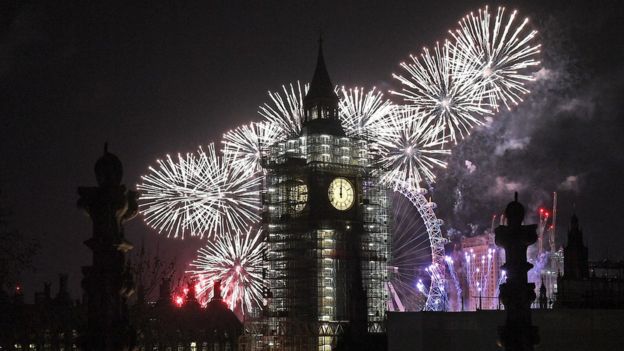 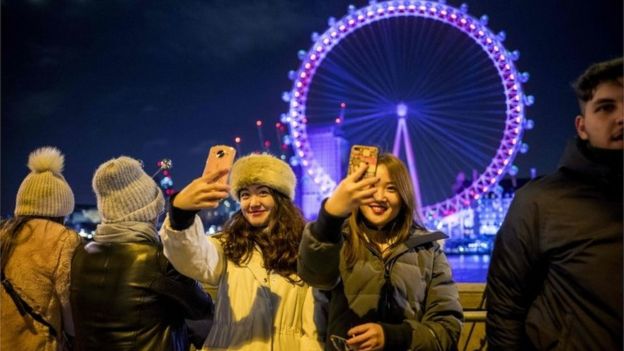 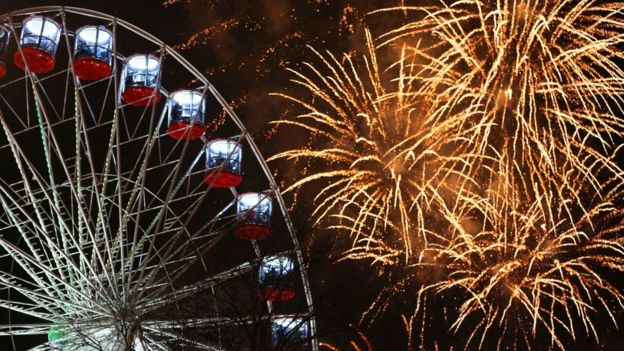 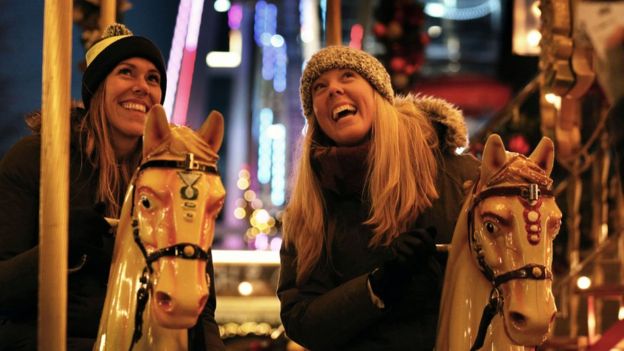 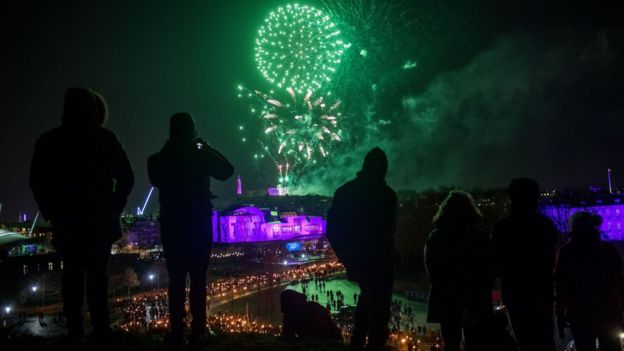