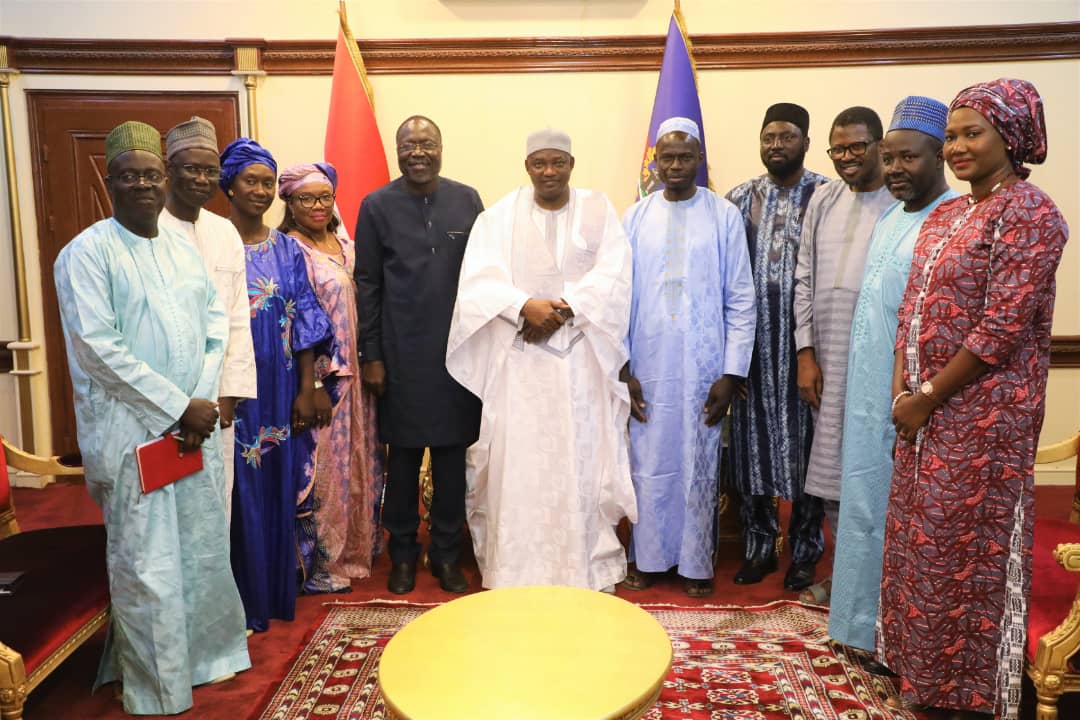 In his audience with Dr Touray, the President expressed pride in having the first Gambian to assume such a position in the sub-regional body, adding it happened when the sub-region yearned for diplomacy and technical expertise to tackle the challenges confronting it. “You came at a time when the subregion is confronted with many challenges, but with your expertise and diplomatic skills, we will continue to support you,” President said.

Following his audience with the President, Dr Touray said he was on his first official mission since assuming office to express gratitude to the Gambian people through the President and Government of The Gambia for being selected in his current position. “I believe thousands of Gambians could have been selected for this position. Having this role assigned to me is a mark of confidence that I am very appreciative of.” He stated.

Dr Touray noted that it was also an opportunity to recommit and re-engage himself to work for what is best for the region and seek guidance from the President on the number of issues the region is facing. He remarked that the President’s ideas would be highly beneficial at the regional level.

He commented on the Commission’s aims, stating that peace and security are key strategic goals to strengthen the region’s response capabilities through early warning systems, deployment, and preventive diplomacy.

Given the region’s highly youthful population, he emphasized the importance of mainstreaming women and youth in development. He outlined trade and constitutionalism, amongst others, that need crucial attention. Dr Touray urged ECOWAS citizens to cherish and strengthen the community for future generations.

In a separate engagement, President Barrow bade farewell to the outgoing Commander of the ECOMIG forces in the Gambia,  Cheikh Omar Tamba, who he described as a  professional, frank and trustworthy person. He commended Tamba and his predecessors for nobly serving The Gambia.

“ECOWAS wants to use The Gambia as a model, and I am grateful to all the Heads of State for their support. I believe in democracy, and we can entrench it in our country,” the President said, expressing optimism that the continued security sector reforms would strengthen its capacity-building component.

Commander Tamba, for his part, thanked the President for enabling them to do their work.