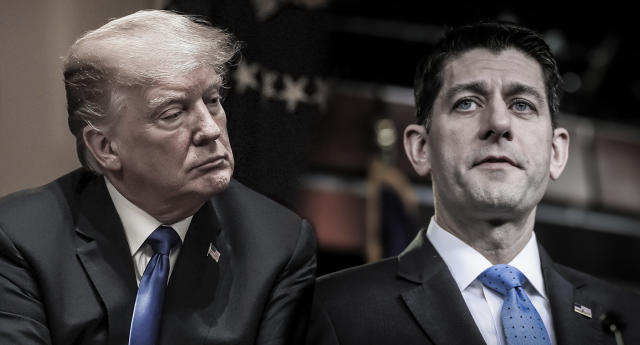 WASHINGTON — In a rare break with the White House, Republican House Speaker Paul Ryan came out Monday against President Trump’s proposed tariffs on steel and aluminum imports. Ryan’s office warned that the punitive measures could spark a “trade war” that undermines benefits from the GOP’s recent tax overhaul.

“We are extremely worried about the consequences of a trade war and are urging the White House to not advance with this plan,” Ryan spokeswoman AshLee Strong said in a statement. “The new tax reform law has boosted the economy, and we certainly don’t want to jeopardize those gains.”

A GOP source said Republican congressional leaders “won’t rule out potential action down the line.” The source declined to flesh out what kind of response could be in the making, saying, “We are focused on convincing him not to do the tariffs in the first place.”

Article I, Section 8 of the Constitution gives Congress the power to “regulate Commerce with foreign Nations” and “to lay and collect Taxes, Duties, Imposts and Excises.” But in practice, lawmakers have granted the president broad powers to manage trade. It’s unclear whether the political appetite exists in Congress to take any meaningful action.

The president announced Thursday that his administration would impose tariffs of 25 percent on imported steel and 10 percent on aluminum from overseas. The top 10 steel exporters to the United States are Canada, Brazil, South Korea, Mexico, Russia, Turkey, Japan, Taiwan, Germany and India. China, which Trump aides describe as the main target of the new tariffs, is 11th.

Labor unions and some Democrats, notably from Rust Belt regions, have come out in favor of the president’s approach, calling it a boon to U.S. workers facing unfair competition from overseas. Free-market Republicans, in contrast, have warned that American businesses like auto manufacturers will suffer — and with them, their workers.

The European Union has already warned it would impose retaliatory tariffs on iconic U.S. goods like Harley-Davidson motorcycles, bourbon, and Levi’s blue jeans. Ahead of Trump’s announcement, EU officials had floated the possibility of also targeting cheese from Ryan’s home state of Wisconsin. Going after bourbon would affect producers in Republican Senate Majority Leader Mitch McConnell’s home state of Kentucky. 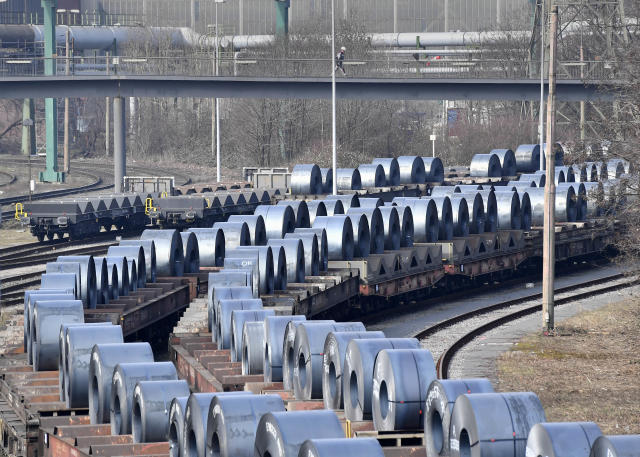 Trump tweeted Friday that “trade wars are good, and easy to win.” Speaking to ABC News on Sunday, Commerce Secretary Wilbur Ross dismissed the EU threat as “pretty trivial” and predicted that “it’s not going to be much more than a rounding error,” given the size of the U.S. economy.

But Ross also acknowledged the topsy-turvy nature of decision making at the White House, telling NBC News: “What he has said, he has said. If he says something different, it’ll be something different. I have no reason to think he’s going to change. … If he for some reason should change his mind, then it will change.”

Stocks have dipped since Trump’s announcement, the timing of which caught senior White House aides by surprise — enough surprise that the plan had not been drafted at the time the president previewed it. Steel and aluminum executives in the room at the time later told reporters that they did not know it was coming either.

In an unusual move, Ryan’s office sent reporters a CNBC story describing how stocks have suffered from the tariff news.

Trump used a pair of tweets on Monday morning to link the measures to the ongoing renegotiation of the North American Free Trade Agreement (NAFTA) with Canada and Mexico.

“We have large trade deficits with Mexico and Canada. NAFTA, which is under renegotiation right now, has been a bad deal for U.S.A. Massive relocation of companies & jobs. Tariffs on Steel and Aluminum will only come off if new & fair NAFTA agreement is signed. Also, Canada must…treat our farmers much better. Highly restrictive. Mexico must do much more on stopping drugs from pouring into the U.S. They have not done what needs to be done. Millions of people addicted and dying,” the president said.

According to the U.S. Trade Representative, the United States ran a $12.5 billion trade surplus with Canada as of 2016.