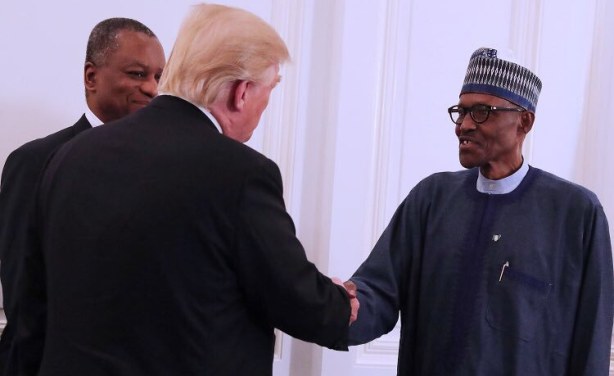 Abuja — The Peoples Democratic Party (PDP) has asked the President of the United States, Donald Trump, to reconsider the proposed meeting with President Muhammadu Buhari scheduled for April 30.

The opposition cited a latest damming report released by the US government that exposed the festering corruption, impunity, gross violation of rights and killings under the watch of the Buhari presidency.

In a statement issued yesterday by its National Publicity Secretary, Kola Ologbondiyan, PDP challenged President Buhari and the All Progressives Congress (APC) to quickly respond to the damning report by the US government, which further exposed the festering corruption, impunity, gross violation of rights and killings under the watch of the Buhari presidency.

"This report by the US Department of State further vindicates our stand that the Buhari-led APC government is overtly and inherently corrupt, vengeful and has been engaging in smear campaign against the opposition to divert public attention from its atrocities," it said.

According to the PDP, the US report directly indicted the APC-led federal government of official corruption, secretiveness, high-handedness, restriction of personal freedom and rights, executive influence on the judiciary, wanton arrests, detention and persecution of opposition as well as extra judicial and arbitrary killing of citizens by state controlled security forces.

The report also directly discredited President Buhari's fight against corruption as targeted against opposition members while government officials and APC members, openly indicted of corruption, especially those close to the president, are not prosecuted.

PDP said: "From the report, the world can now see that the PDP has not been raising false alarm on the unbearable savagery and massive corruption of the APC administration, which has proven to be the worst in the history of our country.

"The world has now known why the APC-led federal government has been fixated at silencing opposition voices using the tyrannical instruments of intimidation, arrest, detention, trumped-up charges and media trial while emasculating free speech and press freedom in our country, all designed to hide their atrocities from the world.

"Today, it is clear to the world why Nigerians are leaving their country in droves to other parts of the world even at the peril of slavery and death.

"Under President Buhari and the APC, our country is in great pain. Our constitution appears to have been technically suspended. Citizens now live in fear; bloodletting by marauders and extra judicial killings have become the order of the day; billions of naira meant for the rehabilitation of victims of insurgency are daily frittered by government officials while fundamental human rights have become essential commodities."

The opposition party said it was not surprised that the Buhari presidency has suddenly become dumb in the face of obviously overwhelming allegations, believing that the tide will flow by.

It urged the presidency and the APC to end their arrogant disdain for the people and immediately respond to all allegations raised in the report. These are weighty issues and they can no longer hide under the canopy of politics to dismiss them with a wave of the hand as they did in the past.

"Finally, the PDP calls on President Trump to note the damning findings in the report by the US Department of State and review his earlier invitation to President Buhari, until the issues raised are addressed," it said.

Read the original article on This Day.

Opposition walks out as Sierra Leone elects speaker of parliament