Lagos, Nigeria (CNN)Most of the 110 schoolgirls kidnapped last month in Nigeria by the terror group Boko Haram have been released and returned to their hometown of Dapchi, a Nigerian minister said Wednesday.

According to an ongoing head count,104 of the girls abducted by militants from their boarding school on February 19 were "dropped off" Wednesday in Dapchi in northeast Nigeria, Minister of Information and Culture Alhaji Lai Mohammed said in a statement.
Those schoolgirls and one boy were among those returned early Wednesday, the minister said.
"He was also picked from the school," he said of the boy. "I don't know what he was doing there."
The schoolgirls were later flown to the capital, Abuja, where they are expected to meet the Nigerian president, Muhammadu Buhari.
The minister of information said no ransom was paid to free the Dapchi schoolgirls and said their release "came with no conditions." 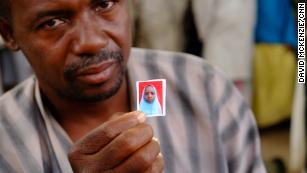 Into danger's arms: Chaos as schoolgirls flee Boko Haram
"The only thing they asked for was that they should be the ones to drop them off. They didn't want to hand them over to any third party. Nothing was given in exchange for them," Mohammed said.
He said the students had been freed following "back channel efforts" by the Nigerian government.
"The government had a clear understanding that violence and confrontation would not be the way out as it could endanger the lives of the girls," he added.
''What happened was that the abduction itself was a breach of the ceasefire talks between the insurgents and the government, hence it became a moral burden on the abductors. Any report that we paid ransom or engaged in prisoner swap is false,'' he said at a media briefing with journalists in Maiduguri, Borno State, on Wednesday afternoon.
Mohammed told CNN he could not confirm reports that five of the girls died while in captivity and said he was awaiting additional briefings.
Kachalla Bukar said his daughter Aisha, 14, who was among those freed, told him that five girls had died.
Bukar said the girls were seen walking into Dapchi at about 7:30 a.m. local time Wednesday.
"We were present when they dropped them (off). Some people even went to snap photos with them.
"They apologized to the villagers," Bukar told CNN.
" 'Don't take your girls to that school again if you don't want us to kidnap them again,' " Bukar quoted the militants as saying.
He said his daughter told him they left a Boko Haram camp on Saturday to make the journey to Dapchi.
"Parents are rejoicing here, but we can see they have suffered," Bukar said.
Another parent told CNN his daughter Fatima, 14, was in such a poor state that she was unable to stand up when he saw her.
Her father, Bashir Manzo, who's the head of a parents' association for the missing girls, told CNN: "We have admitted her at the hospital," Manzo said. "It's mixed feeling of joy and pain in Dapchi town. Parents who have not seen their daughters are anxious."
Adamu Alhaji-Deri was observing early morning prayers Wednesday when he learned his daughter Ummi, 14, had been found.
"I am so happy because Ummi is fine," he told CNN. "We are all celebrating."
The mass kidnapping brought back painful memories of the 2014 Boko Haram abduction of nearly 300 girls from a separate school in Chibok, 170 miles southeast of Dapchi. More than 100 of them remain in captivity.
President Buhari described the kidnappings in Dapchi as a "national disaster" and deployed troops and surveillance aircraft in search of the missing students.
"Let me assure that our gallant armed forces will locate and safely return all the missing girls," Buhari said in a statement on Twitter in February. 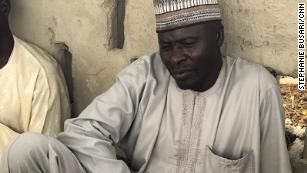 Nigerian army failed to act on warnings before schoolgirls abducted, Amnesty says
But an Amnesty International report on the kidnappings released this week accused the Nigerian army of failing to act on advance warnings of the raid.
According to the report, at least five phone calls were allegedly made to the army and police on the afternoon of the attack, warning the Boko Haram militants were on their way to the school.
"The Nigerian authorities must investigate the inexcusable security lapses that allowed this abduction to take place without any tangible attempt to prevent it," said Osai Ojigho, Amnesty International's Nigeria director.
Nigerian army spokesman John Agim told CNN the allegations weren't true and the army had not been informed.

I could not have said no because of circumstances, Amadou Samba testifies