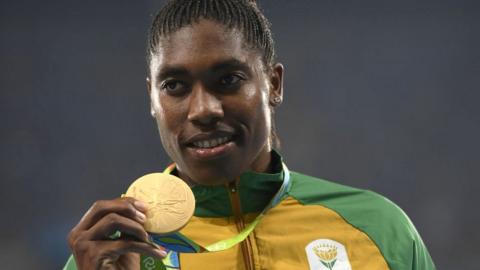 Rules which could force some female runners with high testosterone levels to race against men or take medication are "blatantly racist", says the ANC.

The changes mean some female runners with naturally high testosterone levels will have to race against men or take medication if they wish to compete.

And her country's ruling party, the African National Congress, says the rules are "blatantly racist".

It wants the South African government to challenge the rule change – which comes into effect in November – at the Court of Arbitration for Sport (Cas).

"The rule is neither racist nor sexist," a spokesperson said. 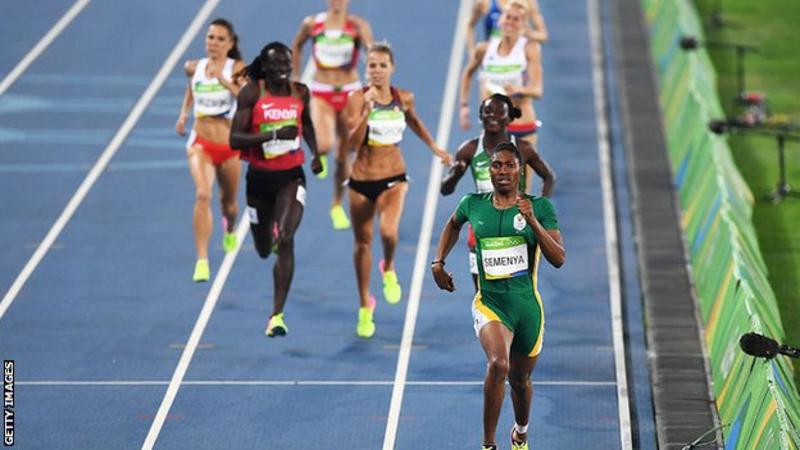 Apartheid was a system of racial segregation imposed by a minority white ruling group in South Africa from 1948 to 1991.

"The regulations are a painful reminder of our past where an unjust government specifically legislated laws for certain activists in society to stifle their fight against an unjust system," the ANC said.

"The IAAF uses the same tactic to exclude those who have defined the past decade as champions and treasures of their home countries."

The IAAF said: "The sport has a lot of athletes with DSD (hyperandrogenism).

"It is not just the one or two females you hear about in the media. In elite female athletics, the number of intersex athletes is 140 times more than you might find in the normal female population.

"As world governing body, we need to ensure a level playing field for all athletes. The research and evidence clearly shows there is a performance advantage in female athletes with DSD over the track distances covered by this rule."

The rule for athletes who have 'differences of sexual development' apply to athletes who compete at distances from 400m to one mile.

The ANC said the IAAF rules were "another attempt by sport bodies to discriminate against" Semenya.

The 27-year-old has previously been asked to undertake gender testing by athletics chiefs but no results have ever officially been made public.

Semenya tweeted this on the day the new rules were announced

Female athletes affected must take medication for six months before they can compete, and then maintain a lower testosterone level.

"We call on government to challenge this grossly unfair, unjust and blatant racist attempt by the IAAF to Cas and have these regulations set aside," an ANC statement said.

"The racial undertones of this cannot go unnoticed.

"We call on all sports-loving people to stand and defend athletes against these anti-sport regulations that will not only prevent athletes from participating in sporting events but will also infringe on their human rights."

Following the announcement, Semenya tweeted a picture which said: "I am 97% sure you don't like me but 100% sure I don't care."

Speaking after winning the 800m and 1500m title at the Commonwealth Games earlier in April, the double Olympic 800m champion and three-time world champion said she could move up to longer-distance events.

"When I do my long runs I feel like I can feed into distance running," she said.

Lionel Messi wins fight to register himself as trademark