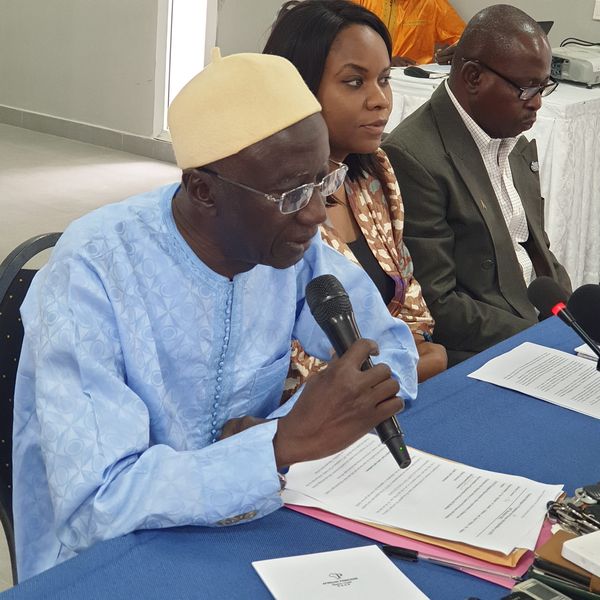 Alh. Sering Fye, Chairman of the National Council for Civic Education (NCCE) has said that our democracy will be incomplete if Persons With Disabilities (PWDs) are not given equal opportunity to participate in decision making processes.

He pointed out that Persons With Disabilities are the biggest minority in the world and yet the most underrepresented when it comes to political participation, economic opportunities, among others.

He observed that it can be challenging for PWDs to get new employment or integrate into society, adding that PWDs are human beings, just like everyone else, with desires, abilities, skills, feelings, among others.

He highlighted that we need everyone on board, including Persons With Disabilities if we are to achieve our development aspiration and build a just and fair society.

Reneta R. Jake, in deputising for the Solicitor General and Legal Secretary said Persons With Disabilities should be encouraged and included in all Government sectors and authorities, including the community, by accepting their differences and disability as part of humanity and human dignity.

“Persons With Disabilities should be treated with dignity and given equal opportunities by eliminating all forms of discrimination against them,” she stated.

According to her, the Gambia Government is committed to ensuring that the Persons With Disability Act 2021 is implemented by making sure that authorities promote positivity towards PWDs as they are capable of contributing towards the development of society.

She noted that children with disabilities and their families face discrimination which deny them access to basic services and opportunities such as education or healthcare, play, family life, participation, adequate standards of living, as well as protection from neglect, abuse and violence.

She highlighted that proper implementation of the Disability Act will lead to an enabling environment for the reduction of poverty and the protection of social inclusion for PWDs in a holistic manner.

She expressed UNICEF’s readiness to support Government to ensure The Gambia is an inclusive society that upholds the inherent dignity of PWDs, including women and children – to have equal rights and opportunities to realize their full potentials and to participate and contribute to national development.

Sainey Camara, a representative for the Minister of Gender, Children and Social Welfare said Government is committed to supporting the process toward the realisation of building a Disability-Inclusive and participatory society for socio-economic development, hence the obligatory duty to protect, promote and fulfill the rights of PWDs in The Gambia.

He also expressed Government’s commitment to creating platforms to promote and advance the rights of PWDs, in particular women and children who are still vulnerable and often left behind.

Magistrate Krubally also called for the respect of the implementation of fundamental rights and freedoms of PWDs by Government and all entities. He added that Gambia Government must ensure existing laws that tend to discriminate Persons With Disabilities are abolished or modified/adjusted.