She said women struggle hard for self-determination and does not have full and equal access to the socio economic, cultural, emancipation, religious beliefs, political institutions of a society.

According to her, these are women who are mainly restricted. She said; "They are prone to all sorts of violations, like abuse, discrimination and could even lose their self esteem.Economically they are worse in attaining financial determination than men, socially they suffer from hardships such as abuse, sexual assaults and rape, inadequate housing, substandard living and poor health conditions."

Nyima Jadama made these revelations recently while making a presentation on the topic; "Women's stuggle for self-determined development" at a three-day conference on migration, development and ecological crisis. The conference which was held in Leipzig city, Germany brought together over 500 participants from various walks of life.

"Politically they can be totally stripped off from their own voices, views/ perceptions to express themselves determinedly (eg) participating in public functions or holding higher offices. With women struggling for emancipation frequently the pressure has existed during this process, the driving force behind women's aspiration towards freedom is gaining momentum. It has asserted itself among the rich and the poor,and this has been manifested in horrors such as infanticide, child abandonment and abortion," she said, referring to vulnerable women.

Further presenting on the topic, Miss Jadama stated that on the religious aspects too, women are stripped, literally or otherwise, of their dignity and right to self-determination. She observed that they are reduced to what society deems an acceptable behavior and even dress code, etc. 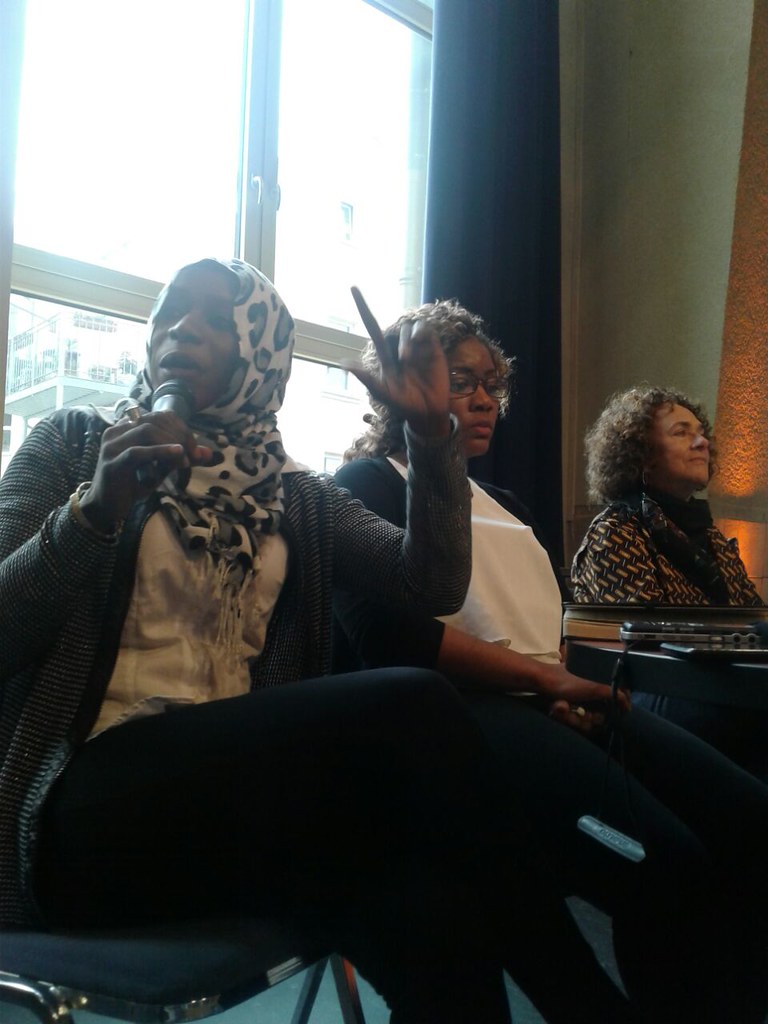 She added that women in general and Muslim women in particular find themselves in a proverbial desert of isolation. "Our headlines are saturated with reductionist conversations policing women’s bodies particularly what we are wearing, ie (The Hijab, Nicab or Bugra). The case of France and Bonn- Germany.The only term sufficiently comprehensive to define this motive power of women's nature is the ‘Feminine Spirit’: We would elaborate more on this in the solution for self-determination," she remarked.

Commenting on th reason why women should gain self-determination especially in the African context, Miss Jadama said lack of self-esteem, ie the ability to speak for oneself in many different ways, in order words, the culture of silence has gradually tampered with their aim for self-determination.

According to her, decision making especially at family level,and the lack of being socially motivated are also a great cause for concern.

She observed that quite often there is a pressure of societal ideology (eg) the need to forcefully observe or even obey the norms and traditions of one's culture/ state. She gave an example of a particular case eg. in 2015 when all civil servants in The Gambia were forced to tie their heads during official working hours, stating that religious beliefs does not matter here. She made a clear distinction of the African context and European context in such a situation.

On the European context, she highlighted migration perception, colour or gender identification, religious beliefs, culture, traditions and language barrier, fighting for one's identification, among others as issues of great concern.

She also delved on the solutions to all these problems and urged women to have self esteem and determination, dream and make it happen.

As part of activities marking this conference, Miss Jadama also moderated the launch ceremony of a magazine dubbed "STIMME" meaning The Voice. It

is produced by female migrants who featured voiceless refugees and migrants, talking about their experiences and problems they encounter as well.

Nyima also moderated the panel discussion on Migration criminalisation and the Marshall Plan for Africa. It was an international conference with over 700 participants.

The much anticipated Anthem of 3DGAM