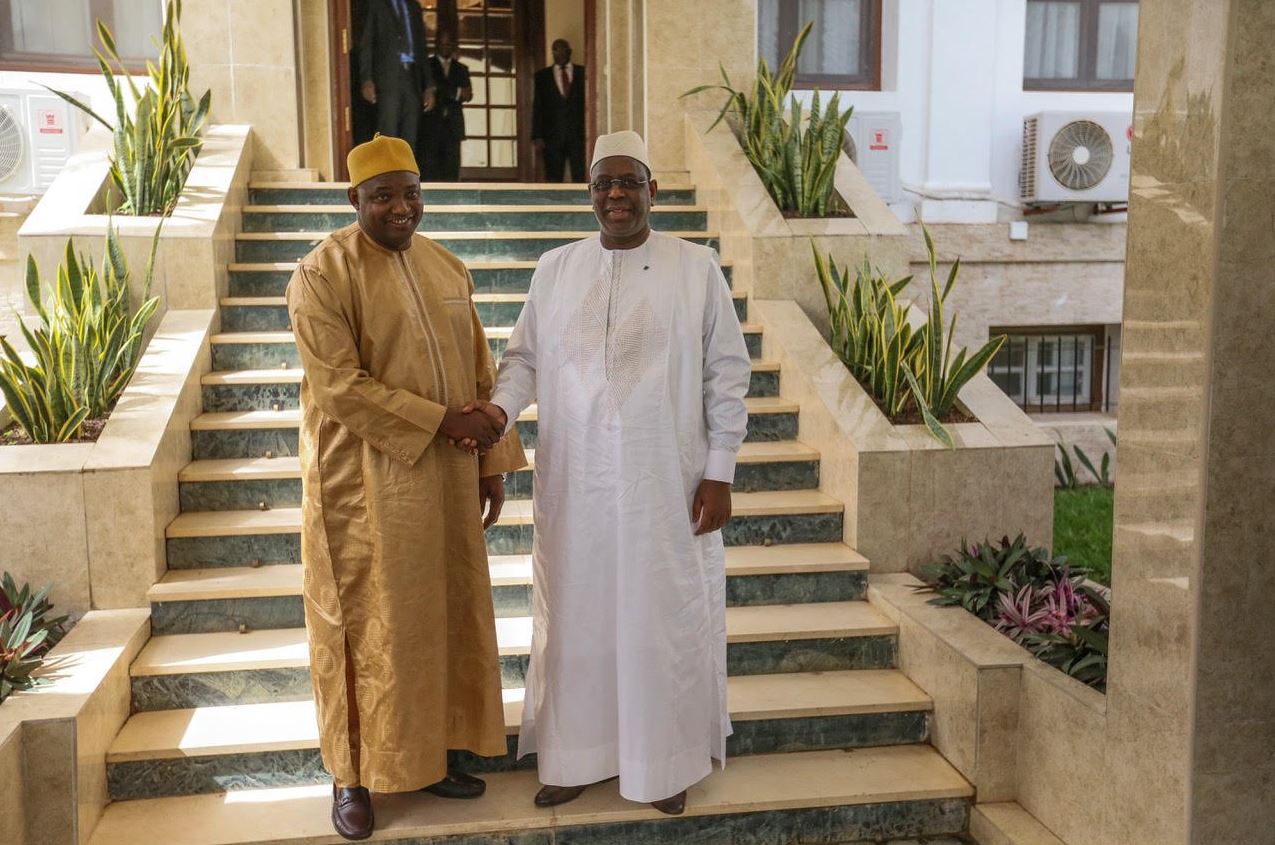 The Gambia and Senegal on Tuesday signed a communiqué during the first presidential council meeting in The Gambia. The agreement, signed by the two countries, centred on the areas of assistance to detain persons and transfers of sentenced persons, road transport, animal health and production, sports, road transport, higher education, research science and technology, culture and cooperation.
The agreement was signed at Kairaba Beach Hotel in the presence of President Adama Barrow and his Senegalese counterpart President Macky Sall.

Hon Ousainou Darboe, Gambia’s Foreign Affairs Minister said the establishment of Senegalo-Gambia presidential council was decided during the visit of President Adama Barrow to Senegal in March 2017.
‘The two heads of state acknowledge the good work in conclusion of the preparation meetings and these preparation meeting examines the level of implementations of agreements signed in 2017, to review the bilateral cooperation and provides concert actions to consulate gains,” he said.

According to Darboe the two heads of state urged their respective governments to ensure rigorous and effective implementation of the recommendations that arose at the presidential council meeting.
President Barrow said the meeting indicates the seriousness their governments attach to their bilateral cooperation for the socio-economic advancement of their people. “We have already lost over two decades of opportunities to cement our relationship,” President Barrow said.

The two countries, Barrow said, have to expedite their efforts to uplift the condition of their people. “My government appreciates the support Senegal provided to improve security and stability in the country through ECOMIG, as well as investing a lot to support our security sectors and thus promoting peace and stability.”
The Gambian leader noted that the visit of President Sall is a mark of continuous partnership to promote unity that already exists between the two peoples and be a model for regional integration for Africa through free movement of people and goods.

These Are The 21 Most Corrupt Countries In Africa; 2018 Ranking