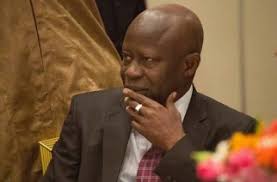 The leader of the Gambia Democratic Congress, Mamma Kandeh has said that UDP is welcome to petition the IEC over the Kuntaur chairperson election results.
Kandeh said GDC too are doing their findings and the UDP has no idea what they may come up with.
“I am convinced that something went wrong somewhere that led our party losing in some of our strongholds. But we can only conclude after our executive sit down to review the entire elections. Because if you look at CRR during the last elections, nobody would have told me we would not win in CRR South. So something might have gone wrong and we will find out,” Kandeh told GRTS.

He said GDC is slowly going in the right direction and they will surely be up there very soon.
Asked what will be the next focus of the GDC, Kandeh replied: “The GDC will still continue to engage people to the party and as well sensitise voters on the importance of elections. We believe every responsible political party and the IEC in particular should take a bold step in ensuring that voters are sensitized on the importance of elections so that we can avert the voter apathy in future elections.”
The GDC leader said the party will still continue talking to the people but will now have to concentrate on certain places.

“Overall I must say I am very grateful to the Gambian people, especially those who voted for the GDC,” he said.
Meanwhile, the GDC’s national youth Mobiliser, Modou MC Cham said they lost in Jimara constituency because the entire GDC campaign team in that area is going to court.
He accused President Adama Barrow of taking advantage of his leave to tell the people of the area not to support the opposition.