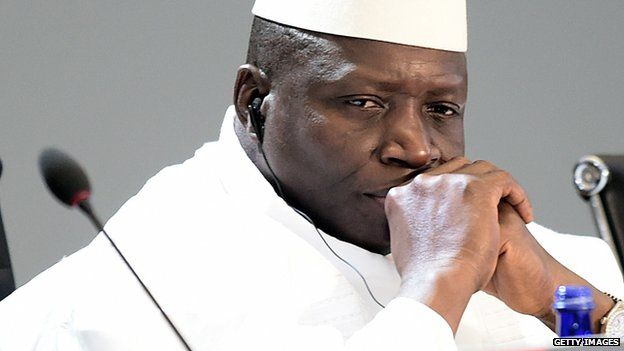 The former managing director of Gambia Ports Authority, Muhammed Lamin Gibba has remorsefully admitted giving a personal loan of D11million to former President Yahya Jammeh from the funds of GPA under duress.
Mr Gibba made this revelation yesterday as he reappeared before the Janneh Commission to shed light on that and the land allocated to Jammeh in Foni Dobong as well as the construction of a residential apartment which was said to have been built by Amadou Samba.

Explaining how the D11 million was given to Jammeh, ML Gibba as he is fondly called, explained that the said sum was a personal loan to Jammeh and not the office of the president and it happened during his tenure as the MD.

However, he claimed that the decision was made under duress considering the nature of the environment at the time and the type of person [Yahya Jammeh] was at the time.
“I could not have given him the said loan but due to the circumstances at the time, I had no choice but to act upon the directive which I would say was done under duress,” Mr Gibba told the inquiry yesterday.

On the property allocated to former President in Foni Dobong, Mr Gibba testified that he was not aware of any property allocated to Jammeh in the said village but confirmed that the land was given to him by his father and the villagers.
According to him, there is a personal relationship between his family and the family of former president Jammeh, noting that the land was cleared and tilled by the labourers hired by GPA.
Sitting continues today.