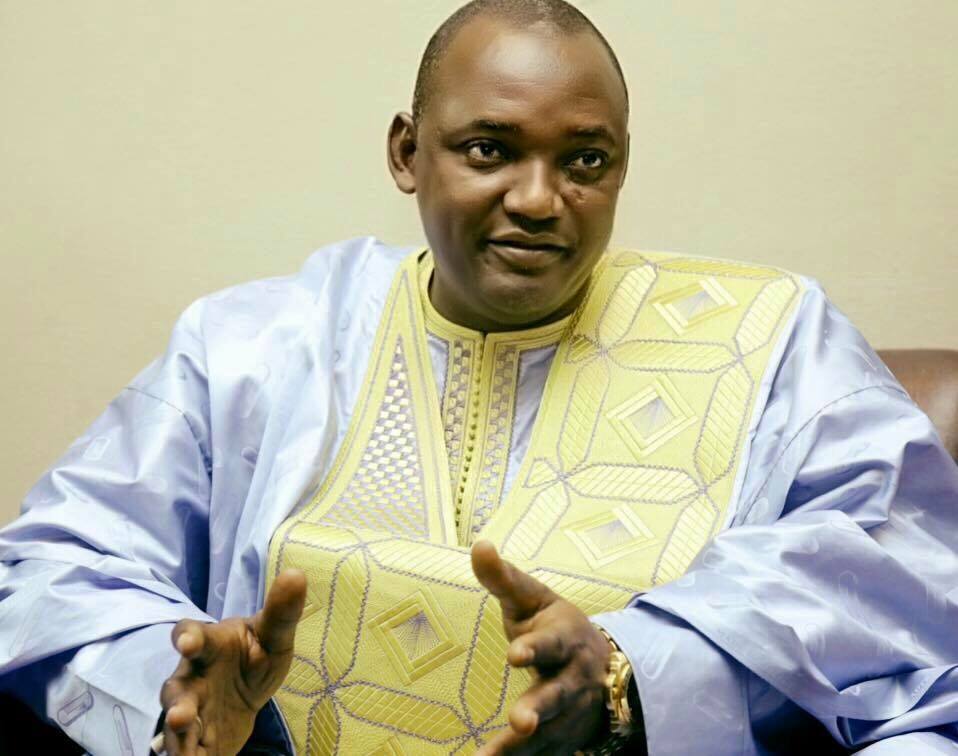 President Adama Barrow has said that saying a large chunk of the country’s army is still loyal to the former president Yahya Jammeh is an exaggeration.
Speaking on the BBC Hard Talk during his debut appearance in the Commonwealth meeting as Gambian president, Barrow said the new government is undertaking infinite efforts and strategies in professionally transforming the military to understand its roles and responsibilities in a democratic transition.

”I think it has been an over exaggeration even though there were few loyalists. The trend is changing and I trust my army but everything is a process and we are in the process of educating our army and building their capacity to be professional and understand their roles in a democracy,” he said.
President Barrow further admitted that people’s expectations on the Coalition government are very high but said his government is committed to ensuring that every Gambian is on board.

“We have a responsibility to make sure we create the enabling environment and as at now, I think we are progressing in those areas. The Gambia is on the right track as far as democracy is concerned because the number of participants in our democratic process is unprecedented.”

On Jammeh’s extradition and possible hand over to the ICC
“We will have to wait for the report of the commission of inquiry; then that will dictate what will be our next move but the bottom line is, we want to follow the due process whereby anybody who is found wanting will face the full force of the law. We have not made any request or asked for his extradition as for now but we are still waiting to get the facts.”