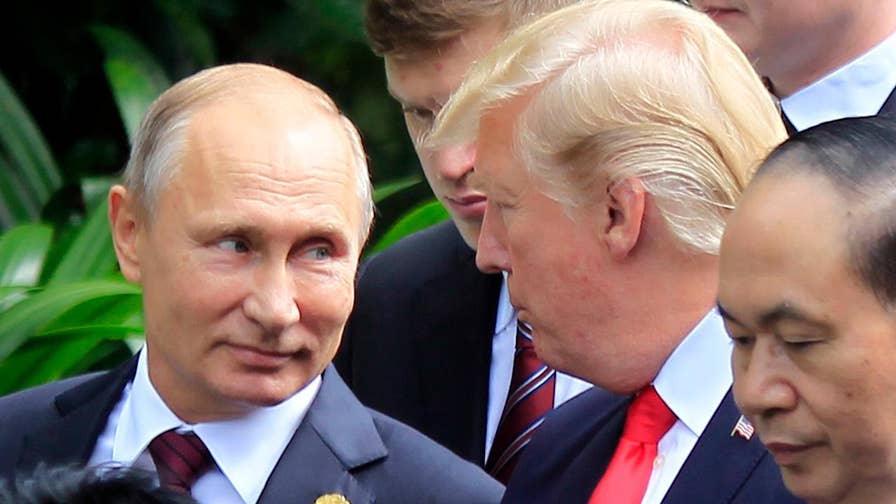 "I think Mr. Trump is, for whatever reason, either intimidated by Mr. Putin, afraid of what he could do, or what might come out as a result of these investigations… It's either naiveté, ignorance or fear in terms of what Mr. Trump is doing vis-à-vis the Russians," Brennan said in an appearance with Clapper on CNN's "State of the Union."

Clapper added that foreign leaders who roll out the red carpet for Trump are able to manipulate Trump.

"I do think both the Chinese and the Russians think they can play him," Clapper said.

Their comments came after Trump told reporters over the weekend that he had spoken with Putin again over allegations of Russian meddling in the presidential election and that the Russian president again denied any involvement.

"I really believe that, when he tells me that, he means it," Trump told reporters. "I think he is very insulted by it, which is not a good thing for our country."

Treasury Secretary Steve Mnuchin said on the same show that the criticism leveled against Trump's management of relations with Russia and China was "ridiculous."

"President Trump is not getting played by anybody," Mnuchin said.

Trump also took a swipe at Obama-era intelligence officials Brennan, Clapper and former FBI Director James Comey, calling them "political hacks" and questioning the findings of a U.S. intelligence report that concluded that Russians sought to tilt the election in Trump's favor.

Facing sharp criticism, Trump walked back from some of those comments on Sunday, saying he has faith in the intelligence leaders he has hired.

Brennan on Sunday called Trump's criticism of him a "badge of honor," and Clapper suggested said Trump's denial of Russian interference in the election "poses a peril to the country."

When asked, Brennan declined to say whether he knows of any intelligence to suggest that the Russians have compromising or damaging information on Trump.

A dossier penned by a former British spy contains unverified claims that Russia does have embarrassing information on Trump.