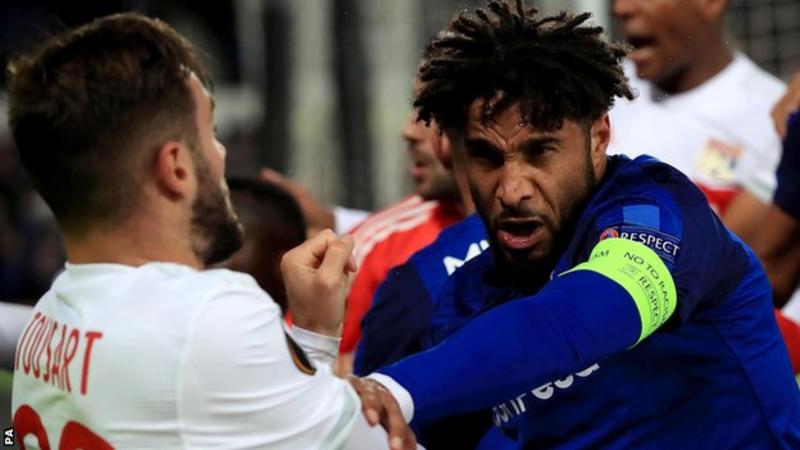 Everton have banned the child-carrying supporter involved in a confrontation with a Lyon player during Thursday's Europa League defeat at Goodison Park.

The club have also contacted Merseyside Police, who are investigating.

Uefa will deal with the case of at a disciplinary hearing on 16 November.

"I don't think it is part of the English atmosphere to hit an away player, but it was like this," said Lopes after the game, which Lyon won 2-1.

An Everton statement read: "Club officials have reviewed the footage of an incident where supporters towards the front of the lower Gwladys Street End became involved in a confrontation between players.

"We have identified one individual against whom action will now be taken. This will include a ban from attending future Everton fixtures, and the club registering a formal complaint with Merseyside Police."

Everton were fined £8,837 by Uefa last month, after crowd trouble during the home leg of their Europa League play-off match against Hajduk Split in August. Culled from BBC