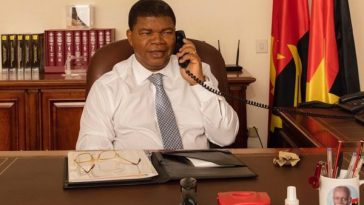 This is news that will be a priority for the new Angolan President João Lourenço. Since he became supreme, he has made the fight against corruption his hobby horse. For example, he announced that he had given 60 days to return the diverted funds silently without sanctioning anyone.

His message seems to have passed. Britain has announced that it will return $ 500 million of funds diverted by Angolan citizens. The information was provided by the British National Crime Agency (NCA) through a press release.

The misappropriation of funds involved would involve the former boss of the Central Bank of Angola, Valter Filipe da Silva. The case would have happened a few days before the former president, Dos Santos does not let the power.

The restitution of the funds, one learns will have to take place within a short time all the more since they have already been frozen. According to the NCA, “the necessary authorization” will be given soon so that “the funds are returned to the Angolan authorities”.

Angolan authorities have targeted tens of billions of dollars illegally domiciled abroad. They went further by passing laws to prosecute no one but to get them to work together. A case to settle amicably.

Spy poisoning: Russian diplomats expelled across US and Europe