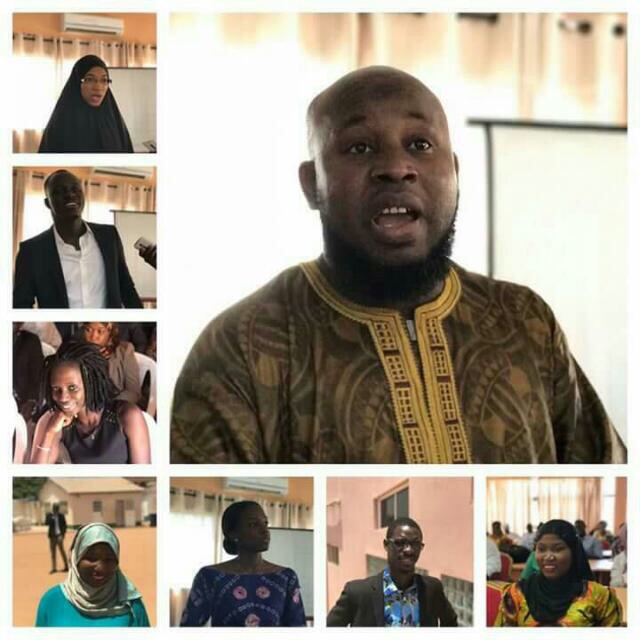 Let me state at the outset that I stand with members of the Medical and Dental Association and the Gambia Association of Resident Doctors in their current action to demand the resignation of the Minister of Health and Social Welfare and the addressing of pertinent issues in our healthcare delivery system. The strike by these doctors is in the interest of the sick and all Gambians in general. It is not until these doctors went on strike that we have seen the Gambia Government now speak a language of solving the issues in the health sector. Thus without this action it is clear that the Government will take a long-time, if ever at all to focus on and address the issues in our health system.

Therefore Gambians in general and the Secretary General and Head of the Civil Service in particular must stop misrepresenting, intimidating and blackmailing these doctors by appealing to lower sensibilities that patients will suffer or die because of the strike. These doctors and their strike are not the cause of pain, suffering and death of patients in our health facilities. Our health system has been in shambles since the first republic and no government has ever taken any serious attempt to ensure that Gambians enjoy an efficient, quality and responsive health delivery service. These doctors want to change that now! SUPPORT THEM!

After 53 years of Independence, infant and maternal morbidity and mortality remain unacceptably high. Scores of Gambian children die before their fifth birthday due to preventable diseases. Many more Gambians are forced to go to Senegal or beyond to seek basic medical attention because of lack of necessary drugs and equipment in our health facilities. Yet we have had governments since Independence that still cannot address our health needs due to corruption, inefficiency and lack of patriotism and vision.

For 30 years Dawda Jawara presided over one of the worst healthcare delivery systems in the world. For 22 years Yaya Jammeh did not only embark on further damaging that already deplorable healthcare system but he went even further to interfere with that poor system just to benefit only himself thus further damaging the right to health of Gambians. For 14 months since he took over Pres. Barrow has not yet taken any concrete step towards addressing the dire conditions in our healthcare system.

This strike by the doctors is therefore in the interest of the ordinary Gambian and all must stand with them to ensure that there is strategic and adequate leadership, adequate investment and accountability in the healthcare system that will bring a final solution. Under Yaya Jammeh no doctor would have dared to strike because that regime would clampdown on that doctor. Now that we have kicked out that dictatorship, we must realise that until we agitate for our rights and demand accountability in the public sector this country shall not change. We must agitate now and not later!

Contrary to the views of the Secretary General that the doctors do not have a right to strike because they are civil servants, let it be clear to Mr. Habib Drammeh that the Constitution of the Gambia guarantees the right of all citizens to peaceful association, assembly and protest. Hence as citizens, these doctors have a right to protest.

The protest by these doctors must not be disingenuously misinterpreted as political just to discredit them as the Secretary General attempted to do on GRTS Radio’s morning show today. These doctors are protesting to address the perennial corruption, leadership deficiency and lack of government responsibility in the healthcare system. Hence this strike is in the right direction to change once and for all the abysmal status quo in our hospitals and health facilities.

Thanks to this strike, the Gambia Government has now been awakened to look more critically at the issues in the health sector with a view to addressing them. If there was no strike, it is very clear that the health sector will be left to continue to fester as always since Independence.

Gambians must realise that politicians and public officers will always seek to stifle, derail, mislead, distort, caricature and intimidate citizens when those citizens have decided to stand up to demand transparency and accountability. In their attempt to protect their power, positions and privileges, politicians and public officers always seek to divert the issue in order to undermine and weaken genuine people standing up for genuine issues. We must not allow that ever again!

These doctors are responsible and genuine Gambians. Anyone who visits our health facilities and encounters our Gambian doctors knows that these young doctors are dedicated, hardworking and impressive. They are not irresponsible bunch of fools. They are patriots. Therefore let no one impugn their person, dignity, character and their role. These doctors have embarked on a life changing mission and all Gambians must support them.

It is only through actions like this that will force politicians and public officers at the State House, National Assembly and the Ministry of Health to act in the interest of the people. Without such actions, these politicians and public officers will only continue to give the same excuses and rhetoric as Dawda Jawara and Yaya Jammeh had always done only to see more Gambians dying from preventable diseases due to poor health delivery system. This must stop.

For the Gambia, Our Homeland!