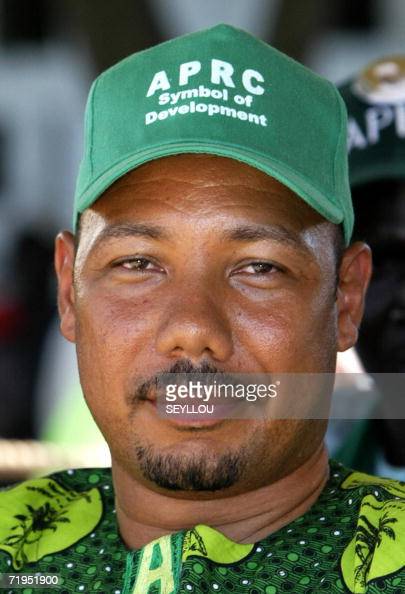 The appearance of Edward Singhateh before the Janneh Commission has clearly set the records straight that the AFPRC junta was nothing but a gang of criminals who colluded among themselves to plunder their people’s resources with impunity. These records are not in what Edward told the commissioners but rather in what he unsuccessfully tried to deny, mislead, misinform and distort and feign ignorance. Certainly Edward knew everything and anything that Yaya Jammeh was involved with because Edward was an integral part of the scam!

To put it into better perspective, we know that on 12 October 1995, Capt. Ebou Jallow submitted a resignation letter to former Chairman of the AFPRC Yaya Jammeh and copied all foreign embassies in the Gambia as well as the Gambian media. In his letter Ebou Jallow raised only four issues as his reasons for resignation. In all of those four reasons, the name of Edward Singhateh was the most prominent for actions that Ebou Jallow considers to be criminal, corrupt and arrogant.

On those four issues Ebou said Edward had interfered with the businesses of TK Motors and unilaterally caused the dumping of rice. He also implicated Edward in the illegal arrest of Waa Juwara, the stabbing of Dr. Omar Njie and the killing of Koro Ceesay. Ebou Jallow concluded that Edward was not only the key player in these activities but that he also got the direct acquiescence of Yaya Jammeh himself.

For purposes of clarity Edward Singhateh was the Vice Chairman of the AFPRC by then. It was during this period that Taiwan gave 35 million dollars to the Gambia of which Edward cannot claim ignorance. The facts surrounding that money and subsequent intrigue between Yaya Jammeh and Ebou Jallow played out right in front of Edward, not as an observer but as a key participant.

Hence when we come to 2018, i.e. 23 years after the resignation of Ebou Jallow, for us to now hear from Edward that he was not aware of all the issues and activities within the AFPRC can only be described as food for monkeys! As Vice Chair, Edward was not only a key participant in the scandalous mismanagement and illegality of Yaya Jammeh, but Edward was in fact a leading actor and beneficiary in suppressing any form of transparency and accountability just to protect that criminal Council of Shame!

The huge role played by Edward Singhateh in the creation and perpetuation of tyranny in our motherland is well documented. His contributions in the various acts of torture, corruption and extrajudicial executions are also well documented. It is when we come to hear testimonies in the forthcoming TRRC that we will find the role and function of Edward even more mind boggling to say the least.

Therefore let us urge Edward and his accomplice Yankuba Touray to speak the truth in order to set themselves free. One cannot be free when one seizes the truth. It is only by setting the truth free that one frees oneself. To help himself, he should have started the process of atonement by sharing the full truth and seeking the forgiveness of Gambians than to seek to bury the truth, which is already an open secret. He can run but he cannot hide. The AFPRC Junta members shall face justice sooner than later.

For the Gambia, Our Homeland

Building The New Gambia: Edward Singhateh and the Absence of Truth