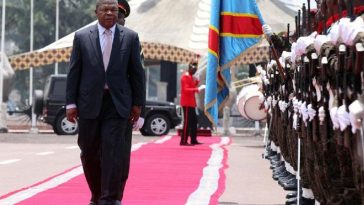 Swiss authorities have raided several locations in Switzerland as they ramp up a criminal investigation into suspected money laundering connected to crimes involving Angola’s sovereign wealth fund and its central bank, prosecutors said on Friday.

Switzerland’s Attorney General opened criminal proceedings in April in response to the reports connected with alleged offences involving assets held by the National Bank of Angola and the Fondo Soberano de Angola, the Angolan sovereign wealth fund, the prosecutors said in a statement.

“As part of the criminal proceedings being conducted against persons unknown on suspicion of money laundering, on 16 May 2018, the Office of the Attorney General with support from fedpol (federal police) conducted searches at several locations in Switzerland,” they said.

As part of the criminal proceedings being conducted against persons unknown on suspicion of money laundering, on 16 May 2018, the Office of the Attorney General conducted searches at several locations in Switzerland.

Angola’s $5 billion sovereign wealth fund has been embroiled in a dispute with its former boss, the ex-president’s son Jose Filomeno dos Santos, and the Swiss-based asset manager contracted to invest money for the fund, Quantum Global.

The fund, which has taken its fight to British courts, has accused Quantum Global of mismanagement and sought a global freeze on its assets as well as an order for banks to reveal information on any accounts held in its name or on its behalf.

Quantum Global, which is led by Jean-Claude Bastos de Morais, a long-term business partner of Jose Filomeno dos Santos, denies wrongdoing and has denounced what it calls “intimidating tactics,” saying the money it has under management is accounted for and the fund has violated its long-term contractual obligations.

Swiss authorities declined to specify the locations searched during their probe, and have not specified which entities are currently under investigation. The attorney general said its raids were coordinated with another authority conducting searches on the same day.

Quantum Global and Turtle Management did not immediately respond to requests for comment.

Switzerland’s financial watchdog said it was currently making inquiries into the matter, but declined to provide further details.