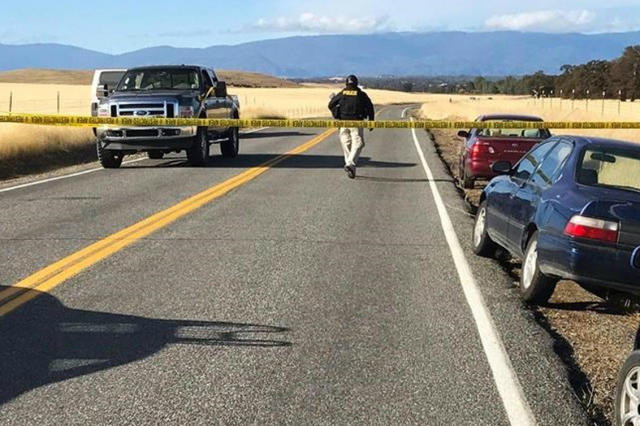 Police secure the scene of a shooting spree in Tehama County, Calif., on Tuesday. (Photo: AP)

Five people are dead and two others were left wounded in a shooting spree that began at a home in Northern California on Tuesday and ended at an elementary school, officials there say.

Johnston said there were multiple shots fired at the home, and that it “evolved to multiple shots and multiple victims” at the school, where the suspected shooter was killed by police. Johnston said authorities recovered a semi-automatic rifle and two handguns they believe the gunman used.

A nearby coffee shop owner told KRCR-TV she heard as many as 100 shots fired outside the school.

Jeanine Quist, an administrative assistant with the Corning Union Elementary School District, told the Associated Press that no one was killed at the school but that a “number” of students were shot and wounded.

Cory Ferreira told KRCR he was dropping his daughter off for kindergarten at the school when he “heard what sounded like a firecracker.” A school employee ran out, Ferreira said, and yelled for the children to get inside. Ferreira said he ran into a classroom, where gunfire came through the windows, hitting one student. A student in an adjacent room was also struck, he said.