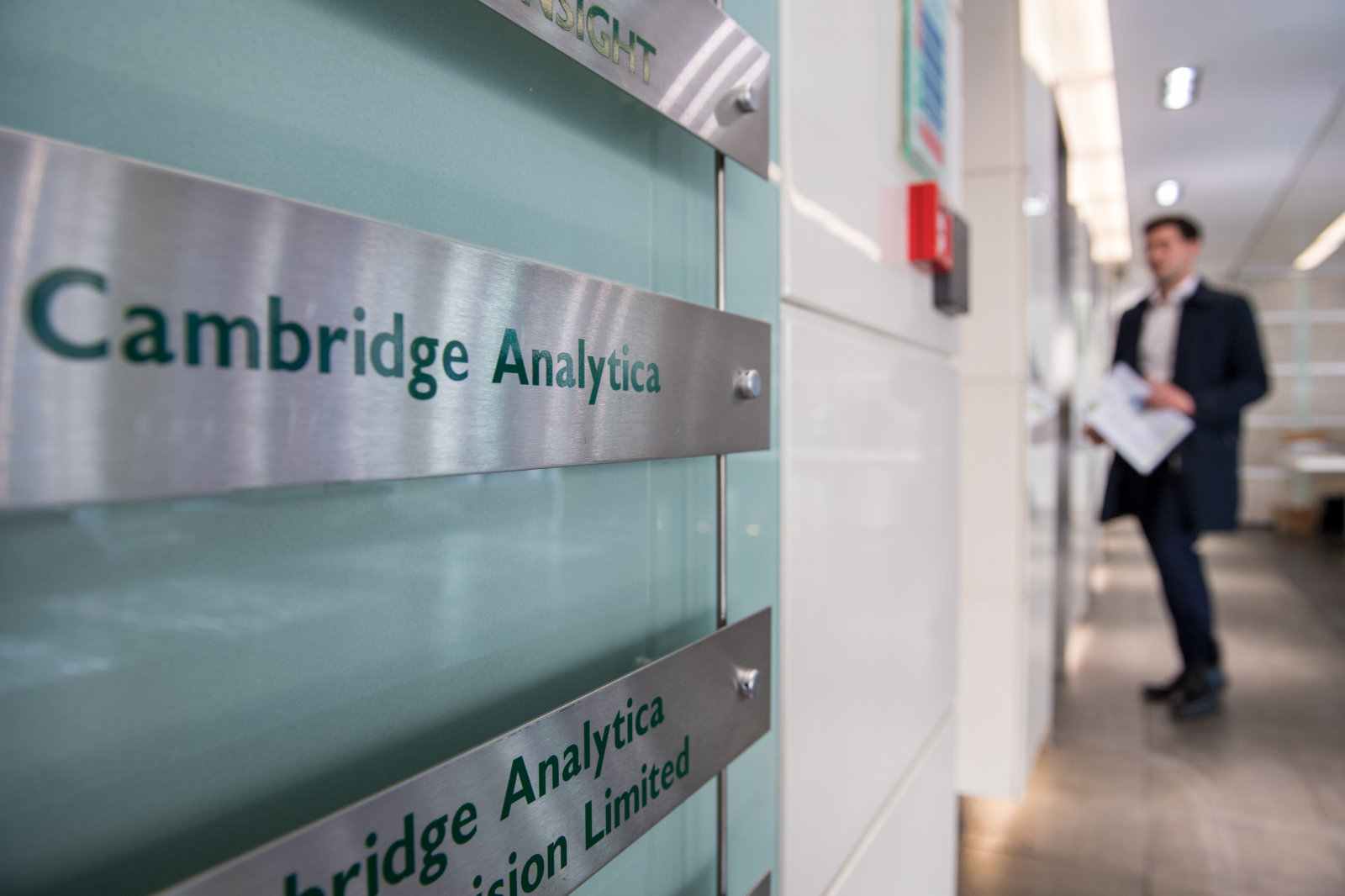 Cambridge Analytica, the political consultancy at the centre of the Facebook data-sharing scandal, is shutting down, leaving many questions about its involvement in Kenya and Nigeria.

LONDON, ENGLAND – MARCH 21: Signs for company Cambridge Analytica in the lobby of the building in which they are based on March 21, 2018 in London, England. UK authorities are currently seeking a warrant to search the premises of Cambridge Analytica after the company has been involved in a row over its use of Facebook data. Their CEO Alexander Nix has since been suspended. (Photo by Chris J Ratcliffe/Getty Images)

While regulators and lawmakers in the US and UK have scrutinised the company’s work concering data protection and privacy regulations, nothing has been forthcoming from Africa.

We may never know the extent of Cambridge Analytica’s work in Africa, and if it broke any laws.

Here’s a reminder of the accusations:

Executives bragged in a secret recording by Channel 4 News that they had run President Uhuru Kenyatta’s campaigns in 2013 and 2017 – saying they had “staged the whole thing”.

The firm is accused of being behind a deeply divisive campaign that exploited ethnic tensions to manipulate voters.

Cambridge Analytica has not commented but Mr Kenyatta’s Jubilee Party has downplayed the impact of the group, saying it only employed the company’s parent company, SCL, to help with branding.

Liberia Progress to WAFU U-20 Finals, Meet The Gambia Sunday