More than 1,000 Russian troops and 100 aircraft are today taking part in large-scale military drills near Europe in preparation for an “enemy” attack.

Military drills include repelling an “enemy’s air attack” and launching “massive airstrikes” against invading forces, a spokesperson for the WMD said.

State-of-the-art aircraft, including Sukhoi Su-27, Su-30SM and Su-35 fighter jets, and an array of helicopters are expected to be involved in the exercises.

The WMD’s readiness to be mobilised for combat will be tested as part of the training. 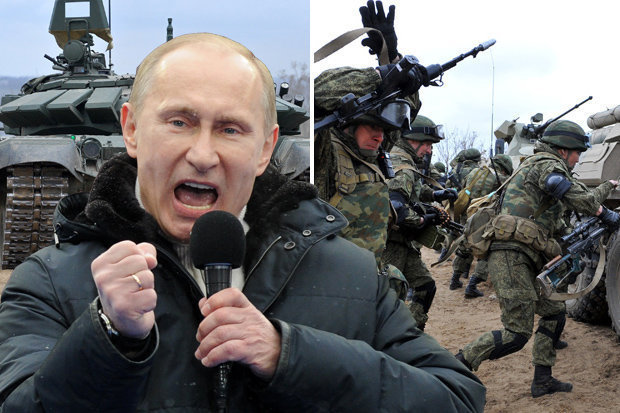 GETTY: TRAINING: More than 1,000 Russian troops are taking part in the military drill

“The crews of tactical, army and transport aviation of the Western Military District will practice over 50 missions, including repelling a notional enemy’s air attack, the elements of conducting combat operations and reconnoitering the terrain, and also delivering massive air strikes against ground targets and columns of military hardware,” an WMD spokesperson said.

The drill comes amid heightened tensions between Russia and Western nations in the wake of suspected chemical attacks in Syria and Salisbury.

Britain, France and the US bombed facilities thought to have been used by Syrian President Bashar al-Assad to make chemical weapons.

Putin reacted angrily, calling the airstrikes an “act of aggression” against Syria, a key ally. 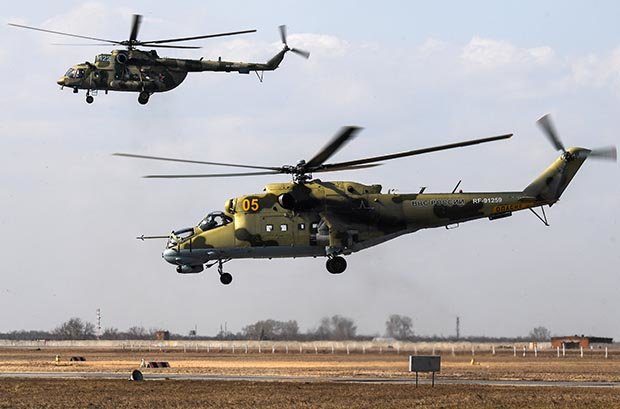 Since then, a fleet of Russian Navy ships have been deployed to the Mediterranean as Putin seeks to make his presence felt in the region.

Russian navy frigate Pytlivy and destroyer Smetlivy both sailed through the Bosphorus Strait over the weekend as they headed for a navy base in Tartus.

A Russian frigate bound for the Mediterranean was intercepted by the Royal Navy off the coast of Britain on Saturday.

Meanwhile, a UK-led military exercise involving 11,600 military personnel from 17 nations is set to take place between 24 April and 4 May 2018.

The annual Exercise Joint Warrior, the biggest military drill in Europe, will involve land forces, warships, submarines and aircraft from all the NATO partners.

UK Defence Secretary Gavin Williamson said: “Our Armed Forces are the face of global Britain, and training side by side with troops from 16 other nations means we are stronger and more capable when it comes to keeping our countries safe and protecting our way of life.”