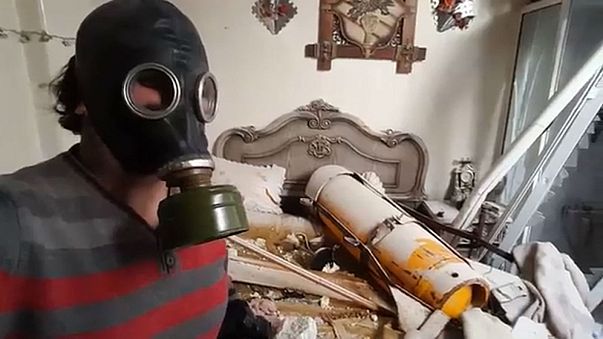 Testimony from victims strongly suggests it was the rebels, not the Syrian government, that used Sarin nerve gas during a recent incident in the revolution-wracked nation, a senior U.N. diplomat said Monday.

Carla del Ponte, a member of the U.N. Independent International Commission of Inquiry on Syria, told Swiss TV there were “strong, concrete suspicions but not yet incontrovertible proof,” that rebels seeking to oust Syrian strongman Bashar al-Assad had used the nerve agent.

But she said her panel had not yet seen any evidence of Syrian government forces using chemical weapons, according to the BBC, but she added that more investigation was needed.

Damascus has recently facing growing Western accusations that its forces used such weapons, which President Obama has described as crossing a red line. But Ms. del Ponte’s remarks may serve to shift the focus of international concern.

Ms. del Ponte, who in 1999 was appointed to head the U.N. war crimes tribunals for Yugoslavia and Rwanda, has sometimes been a controversial figure. She was removed from her Rwanda post by the U.N. Security Council in 2003, but she continued as the chief prosecutor for the Yugoslav tribunal until 2008.

Ms. del Ponte, a former Swiss prosecutor and attorney general, told Swiss TV: “Our investigators have been in neighboring countries interviewing victims, doctors and field hospitals. According to their report of last week, which I have seen, there are strong, concrete suspicions but not yet incontrovertible proof of the use of sarin gas, from the way the victims were treated.”

She gave no further details, the BBC said.

The UN Independent International Commission of Inquiry on Syria was established in August 2011 to examine alleged violations of human rights in the Syrian conflict which started in March that year.

It is due to issue its next report to the UN Human Rights Council in Geneva in June.

“In any case, we don’t have the mechanism to launch these kinds of weapons, which would need missiles that can carry chemical warheads, and we in the FSA do not possess these kind of capabilities,” Mr. Almokdad told CNN.

“More importantly, we do not aspire to have (chemical weapons) because we view our battle with the regime as a battle for the establishment of a free democratic state. … We want to build a free democratic state that recognizes and abides by all international accords and agreements — and chemical and biological warfare is something forbidden legally and internationally.”

Culled from The Washington Times, LLC.