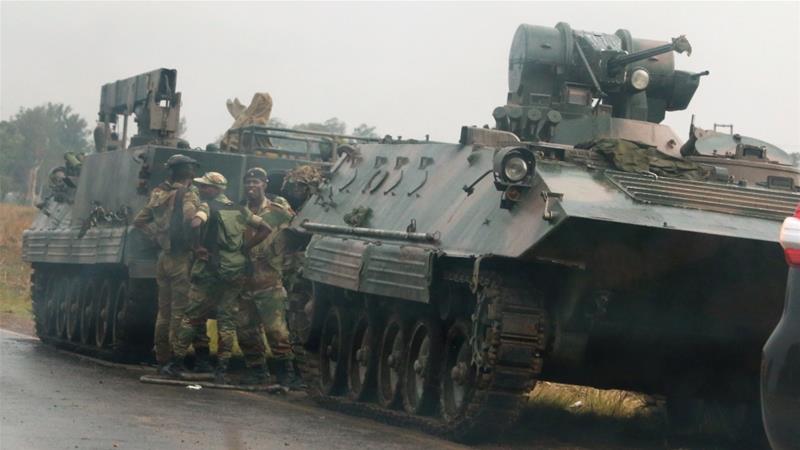 According to NewZimbabwe.com, in a study, titled “Knowledge, attitudes and practices of police officers towards key populations in Zimbabwe” by the Zimbabwe Republic Police and an HIV and Aids advocacy group, the National Aids Council, the soldiers were allegedly terrorising the s_x workers across the southern African country, some even at gun point.

“Soldiers have become a menace in various areas as they demand free s_x especially in the wake of the recent Operation Restore Legacy. They claim to have brought freedom to the country and as such should be rewarded.

“They were accused of not paying for the s_x while using their guns to intimidate the s_x workers. For fear of the guns, the s_x workers end up giving in..,” the study reportedly has said.

The report has also revealed that police officers were also violating the sex workers during their patrols as they too were demanding free s_x, thereby increasing chances of contracting the HIV and Aids virus.

This comes just weeks after President Emmerson Mnangagwa’s government was reportedly planning to build houses for soldiers in a bid to ensure their loyalty in the face of poor pay and working conditions.

According to The Zimbabwe Independent, some unranked soldiers have written to their commanders demanding a “share of the spoils” after last November’s military operation that ousted Mugabe as president.

He had been in power for 37 years.

The new government plans to partner with a local building society to build at least 20 000 low-income housing units for the troops, a source was quoted as saying.