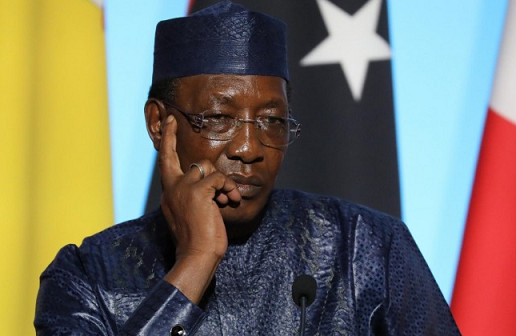 Chadian President Idriss Deby could get a go ahead to rule the West African nation until 2033 under constitutional changes recommended by a national conference.

The proposed changes, if passed, would also grant him greater powers.

The country’s opposition has however condemned the move, saying it is aimed at creating a “monarchy”.

A two-week forum attended by about 800 politicians, business leaders and traditional chiefs issued the report late on Tuesday, recommending eliminating the post of prime minister and creating a fully presidential system.
Opposition politicians did not attend the forum.

The forum proposed the re-instating of presidential term limits that were scrapped by a 2005 referendum/ The reforms would still let President Idriss Deby, who came to power in a rebellion in 1990, stay on well into old age.

It recommended six-year rather than five-year presidential terms, limited to a maximum of two terms, effective from the next presidential election in 2021. That would mean Deby could stay in power until 2033, when he will be 81.
Deby pledged before the 2016 election to reinstate term limits, bucking a regional trend that has seen the presidents of Rwanda and Congo Republic remove term limits to stay in office.

The forum’s proposals are expected to be taken up by parliament this year.

Clash broke in Wuli after warning of possible bloodshed